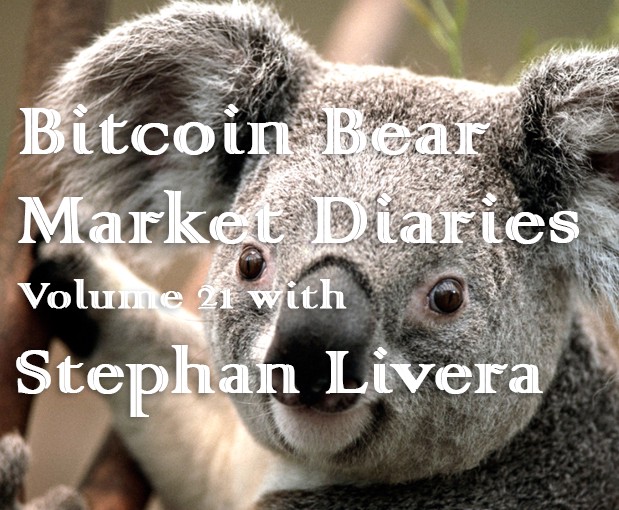 The friends I’ve made along the way!

Seeing people e.g. shitcoiners and blockchainers, associate themselves with Bitcoin for the cred/publicity, then turning shitcoiner. When they do this, it means the legit Bitcoiners have to do a lot more work to undo their narrative.

Governments actually reducing their monetary intervention. Examples of these interventions include: central banks existing as lender of last resort, legal tender laws, capital gains tax laws, implicit and explicit bailout guarantees for banks, bail-ins, financial crimes / surveillance laws, capital controls. In this scenario, the demand for Bitcoin may drop as we’d already have a sound money as chosen by the market, or at least something closer to it.

I believe this threat to be unlikely though, as for political economy reasons it’s common for politicians to promise the world while not bearing the political cost of raising taxes in the here and now. Consequently, they opt for debt and govt bond funding of their operations to push the cost onto future generations, or in some sense, raiding the accumulated wealth of society for their political projects and wars. This whole environment only ‘works’ so long as they are able to force a reduction in the quality of our money (achieved through the above listed monetary interventions).

They’re all shitcoins. None of them have anywhere near the saleableness (think liquidity) of Bitcoin. They mostly exist to enrich the shitcoin founders, whether they understand this or not.

Bitcoin and the honest bitcoiners who are busy building, educating, and HODLing. These are the people who know how to play the long game.

Not doing more to combat the shitcoiner/blockchainer narratives.

I’ve improved my knowledge of Bitcoin and the Lightning Network greatly, and I’ve also developed my thoughts around the economics of Bitcoin also.

Ultimately we “reached everyone we could reach” in that wave. The in between periods are where the gamblers and crazier speculators of the last wave get wiped out. Some newcomers actually take the time to learn the economics and technology of Bitcoin, and they become the new hardcore bitcoiner / HODLer types. Once we’ve had a sufficient period of bear/sideways market, the new wave starts with a new set of people rushing in to speculate on Bitcoin.

In some ways, it’s a good thing as it allows people to more properly learn about Bitcoin before they make their decision to allocate some small % of their portfolio and/or regularly stacking sats to speculate on Bitcoin. This is better than people simply FOMOing in during a bull run as these FOMOers are setting themselves up to get rekt.

I’m very bullish on lightning network, but being truthful it is a year or two away from it being easy for noobs to use in a ‘sovereign’, fully-validating way where they hold the keys and run the underlying full node (rather than using a custodial wallet etc). But that said, I’m very excited to see a lot of the development work being done. For example, the coming version of the Lightning Network spec which will include things like dual-funded channels, AMP, and more.

Further out into the future, if/when we get Schnorr signatures, eltoo, and multi party channels (e.g. Channel Factories and other similar ideas), that’s when we can really see the Lightning Network go to the next level!

HODLers are a big part of supporting this vision. Those who learn the economics and technology of Bitcoin will be very well placed in a coming Bitcoin world. Sometimes it’s not easy to do it, but the reward potential is very high. As my friend Vijay Boyapati puts it, Bitcoin is an asymmetric bet.

The vast majority are shitcoin scams. Being very charitable to the shitcoins, some of them could be technologically interesting, but from a monetary economics POV, they’re still shitcoins.

Sadly, there’s a sucker born every minute and a shitcoin scammer to take advantage of them. So we will see many more shitcoin pumps to come, and there’s not much that can be done about it.

I think it will occur over the next few decades. People will slowly upgrade to Bitcoin as their new money, but we will see waves up/down along the way.

ZkSnacks (Wasabi Wallet), Samourai Wallet, Casa, Nodl, Lolli, OpenNode, BTCPayServer (not technically a start up, but still) are a few off the top of my head.

All shitcoiners and blockchainers. Any who drive a multicoiner view of the world also. They fundamentally drive this view that it’s a “Crypto” industry when really it is a Bitcoin industry. Bitcoin, not Crypto.

What “crypto influencers” do you think get it right and why?

I view it more as a function of time, rather than a specific action or event.

Extremely bullish. Bitcoin remains the king of the pack and Bitcoin extends its lead over all the shitcoins every day.

One challenge we face in this space is providing up to date and comprehensive information. People try to write new starter guides, but then the guide is out of date within a few months. So it’s often better to follow people on Twitter who have a good reputation. I recommend listening to my podcast series to get yourself up to speed quickly, and also for suggestions on who to follow.

News/Articles: Be wary, many of the news sites in this space will send you down the wrong path of shitcoining or blockchaining. I’d recommend following specific reputable individuals, such as Aaron van Wirdum and Kyle Torpey for good bitcoin journalism. For other writing, I’d suggest following reputable people on twitter (again, see my podcast guest list) and seeing what articles they share.

Find ways to contribute. Look for where there’s a gap, such as something that’s not already being done well, and then look for ways where your skills can be used to help contribute. Some examples:

Every little bit helps, and as you help, your skills, knowledge, and reputation improve. Play the long game.