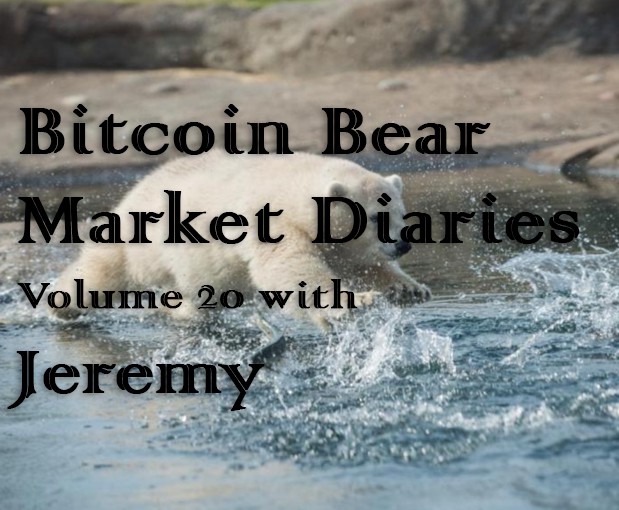 Jeremy, formerly known as @SeasideCrypto, is a low key Bitcoiner who founded SeasideCrypto in Seaside, Oregon where people could go to purchase Bitcoin. The shop has since shut it’s doors, but Jeremy’s practical experience is a perfect example of the trials and tribulations of a Bitcoin entrepreneur. Jeremy is currently putting together the Portland Bitcoin Conference on May 19, 2019 and has an interesting story we can all learn from.

There were several times people came to my shop and brought along a skeptic — usually a family member they couldn’t convince. I was able to help them frame their arguments differently, allowing them to talk to their loved one in a more productive way. Those were good experiences for me.

Overextending myself with Seaside Crypto and hanging on too long when it obviously wasn’t attracting much attention locally. I don’t regret it, but I probably could have found a cheaper way to accomplish my goal of spreading awareness and education.

I never understood the logic. Bitcoin has always been about its network of users, and any fork is just a smaller, less secure network. I don’t understand the appeal.

The ultimate destruction of surveillance-fascism.

I actually feel like I handled the last bull fairly well. The one prior I royally screwed up. But you live and (hopefully) learn.

To set aside the fear of my own technical incompetence and try to implement as many different types of software as possible, even if I make a mistake. And to tweet more openly and honestly about the challenges I face in that process, even if it makes me look dumb.

My own arrogance regarding my ability to predict price movements. I try really hard not to do that anymore.

I honestly don’t know what that means. Is this a bear? Maybe it’s a bull if you change your perspective. Bitcoin is up over 30% since the beginning of the year. I’m not sure these labels offer any real insight. I have the feeling they are merely projections we use to reinforce our egos and satisfy our own inner narrative about what we hope will happen.

If a price drop like the one we’ve seen over the last year affected your sentiment, you aren’t really a buyer of Bitcoin. You’re a speculator dealing with just another financial instrument. I think there is a fundamental difference between the two.

I feel optimistic. The BOLTs are very clever and many intelligent and capable people are bringing their efforts to bear. There are a great number of challenges ahead, some we’ve only begun to discuss, but I think they’ll be solved in due time.

Identify a reasonable, terminal value for Bitcoin. I say we hit 2019 dollar / Satoshi parity before 2030. This is an aggressive position, but I have my reasons. But make your own determination. Once you’ve decided on a terminal value / timeframe, acquire the amount you’d like to have at that point and put it in a cold storage method of your choice. Then for good measure, do it again and put it in a different cold storage method. Repeat as desired. Once you’re satisfied with your level of redundancy, acquire more and spend it supporting interesting projects and people in the space.

I’ve been interested in ‘digital money’ since the late 90’s. Back then I was in the Army, as a Legal Specialist for a Military Intelligence Battalion that investigated, among other things, a sort of proto-privacy coin called DMT that was being developed in Costa Rica by a team of expats, and I became fascinated by the subject. This experience gave me an advantage toward understanding the value of Bitcoin when I finally discovered it (although it still took an embarrassingly long time to ‘get it’). So I’ve followed with great interest a number of different projects over the course of the last 20 years. Before I understood Bitcoin as I do now I thought there might be some value in fostering an ecosystem of different coins. I now see them as irrelevant and inefficient. The point is to create a new money that actually works well for everyone. That’s Bitcoin. Everything else is a software project that doesn’t need its own money/token to work. Some of those projects may be really awesome, but they aren’t money.

No. I did buy one ethereum when it first listed and tried to sync a geth node to experiment and see what the fuss was about, but I was unsuccessful and sold it back fairly quickly.

I haven’t really given it much thought, but I imagine it would increase the pressure from early investors on the respective development teams, leading to a vicious cycle of unrealistic expectations and unmet demands resulting in the projects being abandoned. Few will survive beyond a hobbyist level of development.

1) It’s inevitable. 2) It represents an existential crisis for the aristocracy. 3) It won’t be pretty, but if we survive it and don’t burn down the planet in the process, it will be regarded as a revolution along the same lines as the agricultural, industrial, and information revolutions. This will be the monetary revolution.

I’ll take a broad view of the term ‘Bitcoin startup’…

What “crypto influencers” do you think gets it right and why?

I’ll take both of these together. Ignore these people and follow folks who build things instead.

I’m not sure and I don’t really care. It will happen when it happens and everyone will have a theory.

My last doubt about Bitcoin vanished on August 1st, 2017.

Go sign up for an ‘Intro to Linux’ class at your local community college.

Buy a cheap computer with cash from a pawn shop. Install Bitcoin Core. Send your Bitcoin to it. Unplug the computer. Wait 10 years.

I have enjoyed (in no particular order) WorldCryptoNet, Block Digest, TFTC, Stephan Livera. I am sure many others are good too, but I prefer reading to podcasts, so I don’t listen to very many.

There are far more Bitcoiners that are building the future than there are people who are trying to stop it from happening. Don’t let anyone fool you into believing otherwise. Don’t let idiots divide us, we are powerful and we will win a new world, a fair and free world. I look forward to seeing you all there!