What’s the Best Smartphone for keeping your Conversations Private? 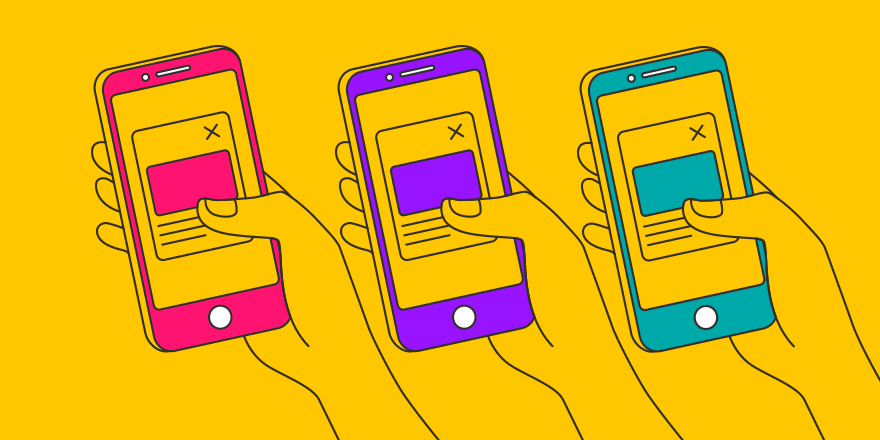 In the world of today, personal data like our names, phone numbers, Internet history, geodata, and much more is very valuable to the corporations who harvest and sell it. I shouldn’t remind you about Cambridge Analytica, right? But in case you need a refresher, here’s a brief overview of the increasing privacy problem by NewsBTC:

“Equifax, a company whose operations effectively rely only on data security and data processing, saw the personal details (Social Security numbers, addresses, full names, etc.) of approximately 145.5 million of its American, Canadian, and British clients get exposed by hackers. This fracas, of course, is just the tip of the iceberg.” 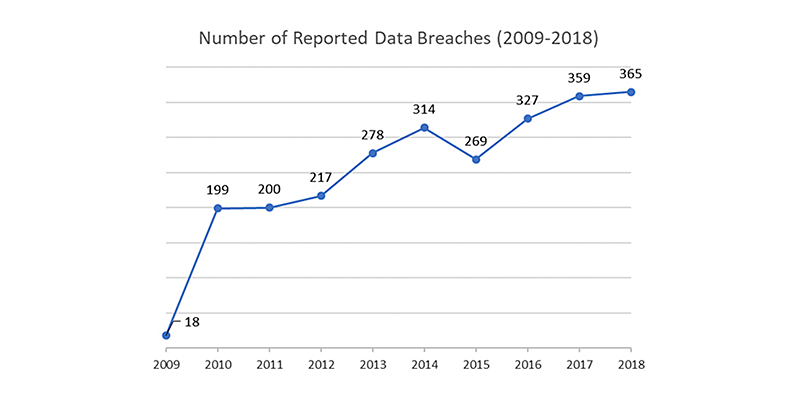 How can you protect yourself from this kind of private data leaking if you don’t even know about it? In this article we’re going to look at the most commonly used devices that store most of our data, which are our phones. Let’s check how reliable they are when it comes to safeguarding our privacy and security in the face of such attacks.

No matter what the device is, if it has any kind of features, hackers (and governments, and corporations, and other unknown third parties) will try to exploit them. We learned from The Verge’s Anatomy of a Hack that even the most sophisticated security mechanisms are hackable.

The more sophisticated a device is, the better protection it has, you may believe. But paradoxically, the opposite is also true: the more functionality, the more information your phone is transmitting straight to strangers. These are the most commonly used smartphones and their respective privacy mechanisms.

No one uses BlackBerry anymore, you say? Actually, following a steep decline in popularity after the release of the iPhone, Blackberry recovered nicely with their acquisition of Cylance, an AI-based security mechanism, with sales rising 23% in the first quarter of 2019.

Here’s a review from Zero Day by Jack Whittaker from 2015, coincidentally just before BlackBerry went down:

“Facebook accessed my location a total of 194 times in seven days.

Skype accessed my phone contacts list a total of 1,814 times in the past seven days.

Twitter accessed my location 704 times in the past seven days.” 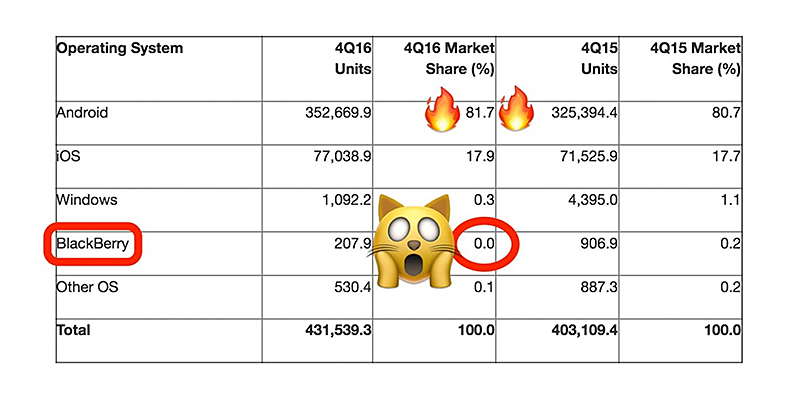 In 2019, BlackBerry is introducing more in terms of security than ever before in order to combat modern-day privacy threats face-to-face:

“DTEK records when an application accesses highly-private sensors (microphones, cameras, etc.)  and prompts the user to take action when an app oversteps its boundaries. Locker, on the other hand, is an encrypted safe storage space to store sensitive photos and documents. ‘Privacy shade’ blacks out the entire display and only enables a small area to prevent over-the-shoulder peeking. It even has a Redactor tool that lets you hide sections of the screen before sharing.”

Will this be a better BlackBerry than four years ago? We’ve yet to see results.

As a Samsung user with doubts about privacy pointed out on a forum, “Most advice seems to go on the verge of changing the phone entirely or completely giving up using a cell phone for all practical purposes.” Are things so bad that no matter what you do your phone is sure to get invaded anyway, so you may as well just give up even using a phone in the first place? Which concerns would drive a Samsung user to such desperation? Your data (even if you turn your settings to private) along with your location data and YouTube history is still getting collected by Google miners. And then there’s this:

“Samsung's apps (Mail, Browser, Gallery, Camera, Messages, etc) all appear to make regular contact to 'vas.samsungapps.com', which resolves to AWS. So if you're looking at a packet log on your router/firewall, you can't pick the traffic out from the rest of the AWS stuff.

I've no idea what the connections are for, as they're encrypted. You can't remove nor disable the apps.”

In March, NotebookCheck reports “That certain Nokia 7 Plus units were phoning home to China with sensitive user data that could allow real-time tracking.” Questions? Just one, from this Reddit thread, but the words “pre-installed” and “undeletable” should tell you everything you need to know:

“How much access does the pre-installed, un-delete-able Facebook-app on the 3310 3g have?”

How great are iPhones? Everyone is using them, so they must be the best. This lemming mindset will lead you to ignore the following publication by Bloomberg:

“Bloomberg News recently reported that for years iPhone app developers have been allowed to store and sell data from users who allow access to their contact lists, which, in addition to phone numbers, may include other people’s photos and home addresses… The consumer control option gives developers access to everything you’ve stored about everyone you know, more than just their phone numbers, and without their permission. This is the kind of situation that landed Facebook CEO Mark Zuckerberg in 10 hours of congressional testimony in April.” 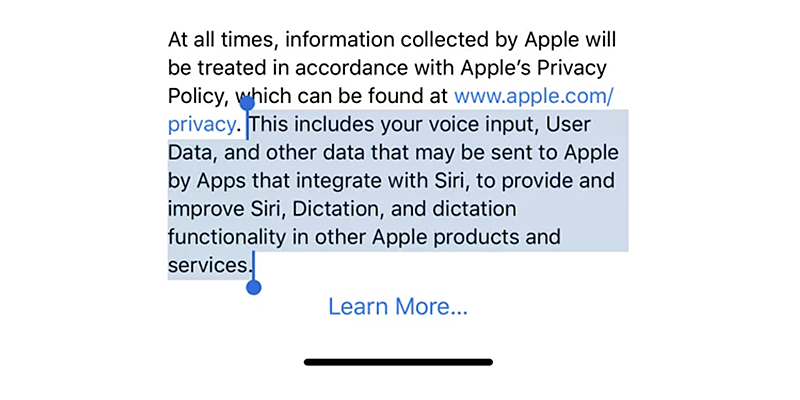 Following a recent ban on the usage of that data, Apple still did very little, if anything at all, to ensure that it’s technically impossible for developers to use that (very sensitive) data. Why?

“Developers have made $100 billion in revenue in that time, even after Apple took its average 30 percent cut. Fortunes have been built on the personal data of Apple customers.” Sound like someone you trust?

Now, when it comes to privacy, the blockchain is one of the best solutions around. No single point of failure, biometric scans, unprecedented levels of cryptographic security - if security is to be found anywhere, it’s in blockchain technology. Some cryptocurrency users have even ingeniously implanted subdermal wallets under their skin. With this, your money is stored in a tiny capsule somewhere on your body no one would think to look. To log into your wallet on a PC you just walk in front of it, as it is powered by near-field communication technology. That should give you some idea of how to secure new technology can make your data. Here’s what blockchain-enabled smartphones offer in terms of privacy:

The first generation of blockchain phones

Using a slightly different approach, there is the HTC Exodus, a phone that uses Bitcoin’s architecture to allow you to be your own bank. Private keys aren’t owned by a third party and they work with Ethereum-decentralized applications. A native crypto wallet as part of the mobile Opera browser that can use Exodus One’s native hardware means the world’s first system that creates not just a few features but a completely protected environment.

And since the success of this system depends on the extent of its decentralization (remember, centralization means a central point of failure, which is really bad for your data’s safety), Telecoin’s TeleFone, which is even more decentralized, is the most enviable option of the three.  Telecoin uses Obfuscation and SwiftTx with the help of MasterNodes and Proof-of-Stake to introduce some of the fastest and most secure blockchain-based infrastructures around. Its secure, decentralized mobile phone, Tele-Fone, allows users to store personal data/files and information directly on the blockchain. Why is that so important?

Why Tele-Fone is a more decentralized mobile phone than others

A decentralized mobile network based on the blockchain

Why is the decentralized way the only way? The Internet was invented to be decentralized, just like Bitcoin. Then, like all good concepts, it became tainted when it went mainstream and now there is centralization, which means massive threats to user data. 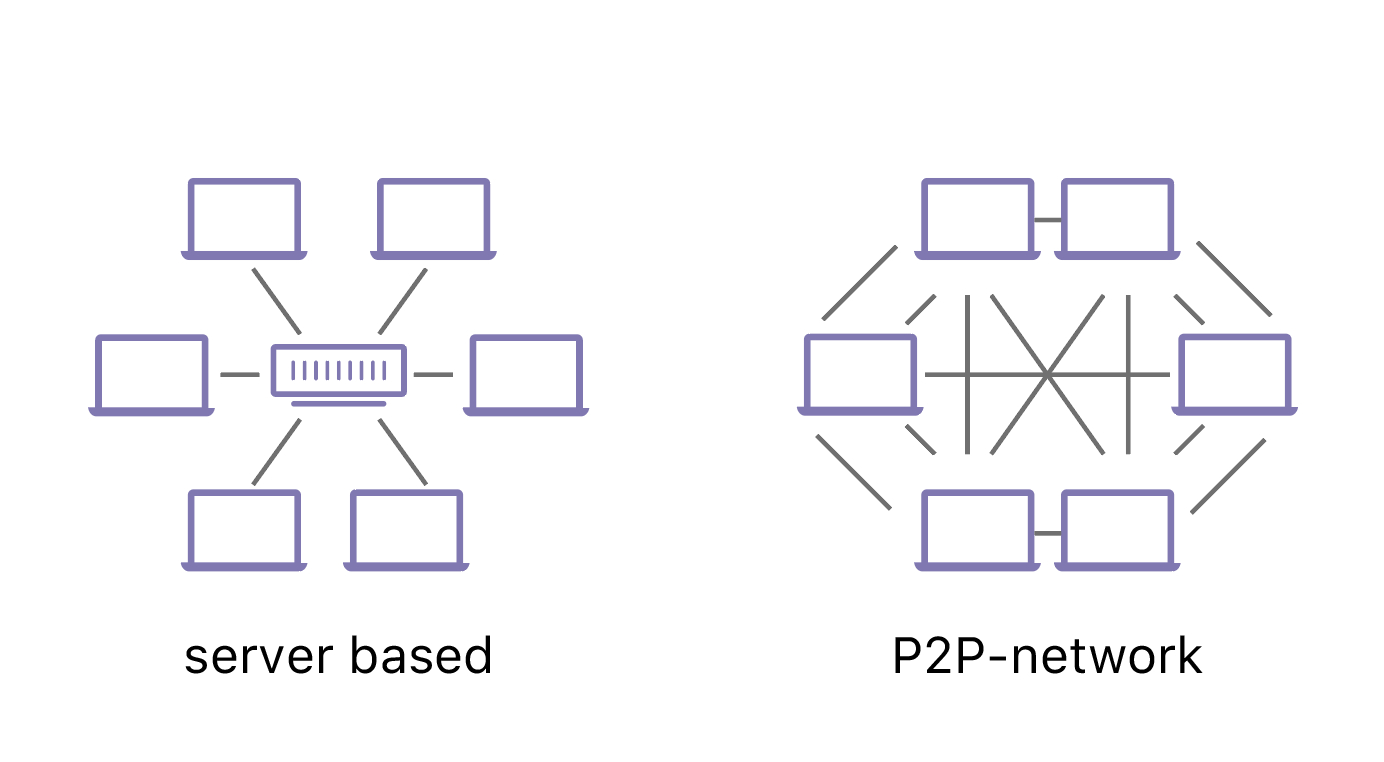 Decentralized data means you’re not using intermediaries like Google and Facebook to transfer information, and you are only sending it from a peer to another peer using state-of-the-art encryption. User history doesn’t get sent to Google, so their clients can’t supply you with targeted advertising. Phone messages are not stored on a server somewhere. That way, no third parties with dubious intentions can get their hands on your data. Genius! Here’s Forbes with an example of decentralization at work:

“A user will receive a decentralized ID issued by the DID sidechain. Data itself will not be stored on the blockchain, but instead, on a distributed file storage system (similar to Interplanetary File System - IPFS) that will be spread across thousands of servers, all of which are encrypted. When a user wants to access this data, the Elastos Carrier will retrieve the data without prior knowledge of where it is stored. This is decentralization at work.”

Remember how we said Telecoin is decentralized? The data that its Telefone transmits is sent from user to user, without involving intermediaries, which means no one is listening in on your conversations, which include secure P2P calling and messaging anyway.

You’ve already learned from the example of Exodus One that an integrated wallet makes a huge difference. An integrated (built-in) hardware wallet means that private keys are stored on a chip, which is off-limits and cannot be accessed by hackers. The data is accessible only to you, as the wallet holds the private key that can sign transactions and the key doesn’t leave the hardware wallet. TeleFone’s integrated wallet means much greater security, which is very important in decentralized networks.

TeleFone’s custom dApps can take data out of the hands of third parties, hackers, and governments and only confine it to peer-to-peer exchanges, thus allowing for much greater privacy and security. Here’s Hackernoon’s Mayank Pratap:

“Decentralized applications are very useful as they can be used to connect different people in marketplaces, sharing resources and storing them, maintaining cryptos as well as executing smart contracts without giving ownership to one central authority.”

When can we start using a blockchain-enabled phone?

Getting your priorities right is achieved by first imagining who would save you if the worst came to worst. The Internet isn’t technically controlled by anyone (we know you’re sick of hearing this, but no single point of failure=good), but a huge deal of its servers are run by corporations. Which means they make the rules. What happens if those servers get hacked? What if there is a global satellite failure? Sounds like a fantasy? What about now? What if companies decide to completely censor your data? What if one day there’s just no Internet for no apparent reason and no one knows why? A decentralized Internet with a peer-to-peer network would be your only backup.

A peer-to-peer decentralized network without intermediaries that sell your data, censor you, or tell you what to do is a must. TeleCoin is launching TeleFone’s IEO on 31/07/2019 on the LAToken Exchange. Ask yourself why they got involved in the first place. Remember, Bitcoin’s original beauty was about decentralization. And so was the Internet’s… before centralization ruined everything. Be smart! Come back to the roots.