What does Gambling in a House-less Blockchain Casino look like?

Gambling has certainly changed over the years, as all things do, and if we look back far enough we can see the progression of gambling. But if we look to the future, we just may see that it is coming full circle. Gambling at one point was only against friends and other real people, and the winnings always went to a person, not an organization. Over time, however, gambling houses and casinos started to get into the mix and all of the sudden money was no longer going into the players’ pockets nearly as often.

The days of gambling with friends may be in the past, but that doesn’t mean it can’t be in the future as well. Casinos still exist as brick-and-mortar establishments, but they have also migrated into the digital world, making it ever more convenient to gamble at any time, anywhere. Blockchain technology is often overzealously applied to new industries, but when it comes to the world of gambling it definitely has a legitimate use. Can a house-less blockchain casino take us back to the gambling world where we can have fun again and a player actually wins?

Brick-and-mortar casinos have gone through various stages of design, at first focusing on “trapping” the players inside to encourage more gambling and eventually evolving into making players feel like they were royalty. No matter what the design is, the intent is always the same: get players to gamble away more money. Everything from flashing lights in a dim room to the constant sound of coins rattling out from a slot machine, it’s all intentional. 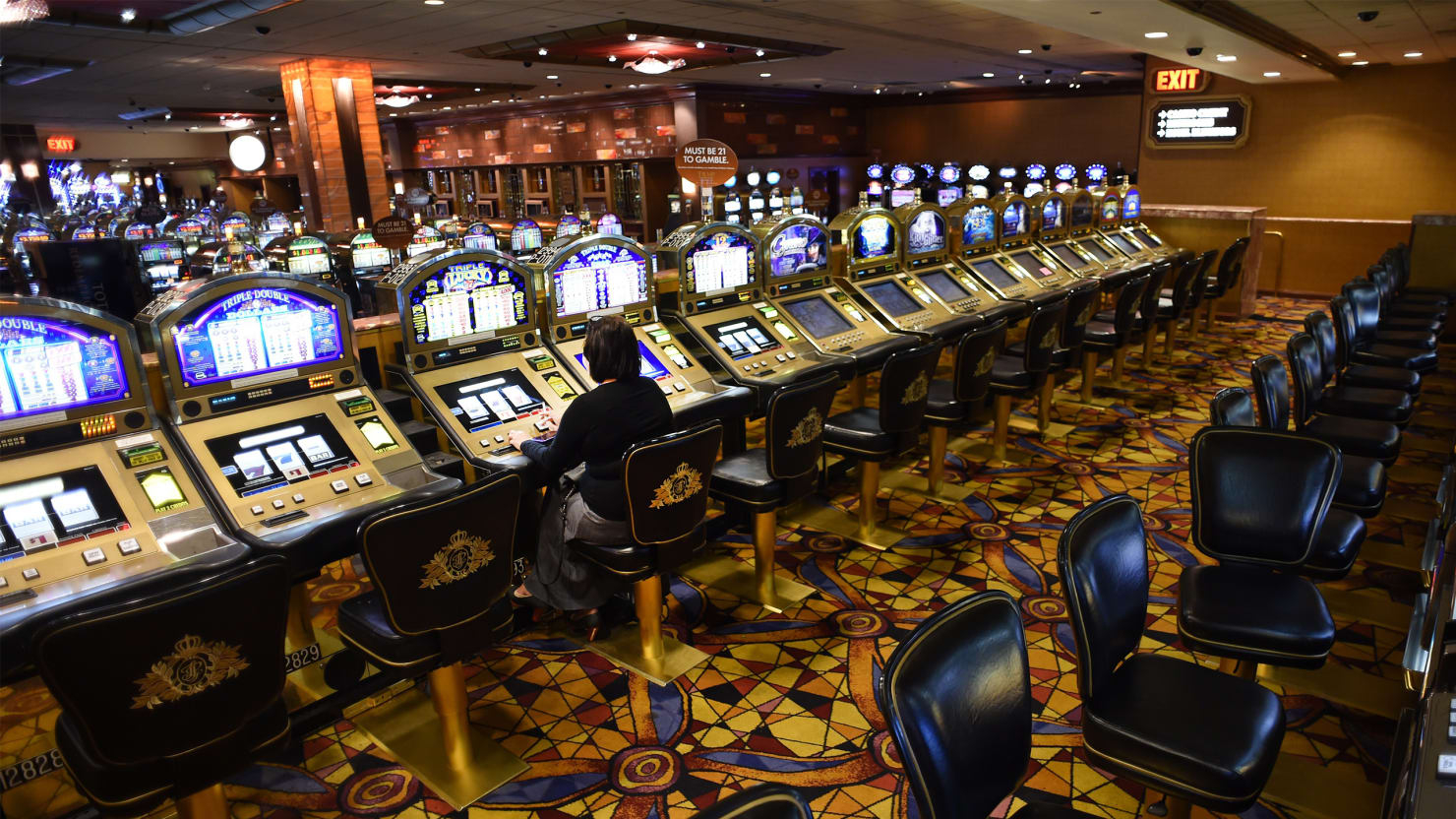 A study from the University of British Columbia found that “an individual's choices were less guided by the odds of winning when the casino-like audiovisual features were present in our laboratory gambling game. Overall, people took more risks when playing the more casino-like games, regardless of the odds." If you combine flashing lights, fun sounds, and an atmosphere where people feel welcome you’ll probably have a successful casino.

Jumping into the digital world

The natural step for casinos was to move into the digital world, and they brought their flashing lights and fun sounds with them. Nearly every online casino is filled with fun avatars, over-the-top animations for their games, and the feeling that “‘this isn’t real.” In the study mentioned above, the researchers found that when “bells and whistles” were added to gambling games to signal winning, contestants were more likely to take riskier behaviors.

These tricks were carried over from physical casinos, but the downfall of physical casinos also came with the package. In online casinos, the players still lose a majority of the time. It has to be this way or else the casino would go out of business. After all, their entire revenue stream is generated from losing players. But that’s only fun for one party involved; can you guess which one?

When casinos operate a business where their revenue stream is generated by players losing they have no reason to encourage players to stop. But what if we could shift the motivation of casinos to no longer be a player in their own games, but to instead be an overall facilitator for groups of players that want to compete against one another?

Can the blockchain change the way we game?

What if the casino had no horse in the race? What if they simply took on the role of the friend who invited a group of people over to their house, and instead of playing cards with everyone and trying to win, they just sit back and make sure no one is cheating?

We’ve all heard the term “trustless trust” being thrown around in the blockchain world these days. In this instance it actually directly applies to the needs of the industry that is being transformed by blockchain technology.

There are a few different types of blockchain-based casinos, each with its own unique approach to decentralizing the online casino world. YOUnited, Edgeless, and BitStarz all use a blockchain in one way or another to power their casinos, but each has a different player experience.

For example, BitStars primarily uses blockchain technology to verify that their games are fair. Aside from this, they are still a casino that relies on the house edge to make money, and they still rely on players losing to stay in business.

A more decentralized approach comes from Edgeless, who has shaped their business around, you guessed it, giving the house no edge. They use the blockchain to ensure all their games are being played fairly, and they’ve even done their best to take away the house advantage so that players have a higher chance of winning.

But, mind you, players are still playing against the house, and because of imperfect play (players making mistakes) and Gambler’s Ruin (the theory that because the house has more money, their odds will end up in their favor) neither of these two blockchain-based casinos do anything to actually change the experience for the player; they simply use the blockchain to run games that already exist elsewhere.

The one who can truly change the online gambling world back into what gambling used to be is YOUnited. It allows playing against friends while someone ensures that all games are fair and that no one cheats. Because of its unique approach, we’ll use it as our example of a blockchain casino while directly examining the potential blockchain casinos have on improving player experience.

Online vs. house-less blockchain: a breakdown

Casinos aren’t going anywhere fast, but that doesn’t mean we have to settle for the status quo. The blockchain can offer us so much more, and if a company is able to take this technology and reshape the gambling world with it while still making money, well, that would be a win-win for everyone. The bottom line for the player is that no one has their back in a traditional brick-and-mortar or online casino, which is a shame since they are the driving force behind the industry. Literally, they are money.

Let’s look at what happens when a casino stops looking at the players as piles of money to be collected and starts looking at players as equals at the table with them. Let’s find out why playing games with YOUnited is more fun and, more importantly, more profitable.

There are four key points that we’ll be judging on, all of which play heavily into how fun the experience is for players at the casino: fairness/trackability, social interaction, winning odds, and reward/payment speed (deposits/withdrawals).

There is nothing less fun than being cheated, which is why fairness and trackability is one of the main points of judgement here. Traditional online casinos have no way to prove that every single play in every single game is fair. Instead they insist that their customers should trust them. There are external, third-party regulatory bodies that validate this software, but little of this process is transparent or immutable.

The way the blockchain is used in YOUnited, however, ensures that every spin of every wheel and every flip of every card is fair by tracking the RNG (Random number generator) on their blockchain. Everything is recorded, including how the odds are calculated, so players can verify that they aren’t being cheated at any moment they desire.

In a physical casino players at least have the chance to socialize and interact with other guests, but this has slowly been faded out in online casinos. There are occasionally chat rooms, but no interaction outside of the actual game is encouraged. Since the mindset is that it is everyone vs. the house, there isn’t much to chat about. YOUnited believes that gambling and social interaction go hand in hand, which is why the social aspect is one of their main focuses.

With the blockchain replacing the house (more on this later), players are always winning, which instantly makes for more interaction. There will be intuitive chat rooms, friends lists, and lobbies where players can challenge their friends or opponents to play. Also, when players invite new players to play with them on the YOUnited platform both parties are rewarded. The days of online gambling being seen as a hidden habit may soon be at an end, as groups of friends can now play together in an online room with strangers.

YOUnited is the first houseless casino, there is no house, therefore a player always wins. Instead of charging its players, the platform makes money by charging a tiny percentage across the board for transfers. This leads to a more fair environment for everyone, because the playing field is leveled. Unfortunately, the same can’t be said for traditional online casinos, which rely on winning the majority of the time to stay in business.

Online casinos are notorious for slow payouts, and sometimes even paying out the incorrect amount when it comes to bonuses and winnings. The idea is simple, the longer the money stays in their system, the more likely the player is to gamble it away instead of taking it home. This all ties back to the idea of the “casinos vs. gambler” mentality. In most blockchain casinos, YOUnited included, payout times are nearly instant and the winning amounts are immutable. Since they don’t make money through players losing, they have no reason to withhold/delay payments to the customer.

Gambling, for most of us, is all about the fun while some play only to win and fun isn’t a factor. But no matter which way you roll the dice, being able to play in a fun environment, where you can be social (and be rewarded for it), meet new friends, and enjoy all the perks of online gambling without the downfall is a win-win for everyone. Now all you have to do is practice your poker, since with blockchain integration we’ve all just lost the ability to quote that generic line when we lose: “the house always wins.”