For thousands of years, the "Byzantine Generals' Problem" was an un-answered riddle asking "how can two strangers trust each other without an intermediary?" Blockchain was the first-ever solution to this problem, enabling trust-less value transactions, leading to "decentralized applications" that take advantage of this to dis-intermediate everything from payment methods to word-of-mouth marketing, and more.

Sure, the very first application, Bitcoin, was initially inefficient and unable to scale, both in the cost of transactions and transaction speed, where transactions cost almost $50 and took days at highly-congested times. Nonetheless, no amount of inefficiency could down-play the fact that Bitcoin was a revolutionary application as the first ever trust-less payment system (with the caveats that we trust the miners, core developers, and users to some extent).

As a result, the crypto and blockchain industry exploded, with the peak market cap of all cryptocurrencies nearly hitting $1 trillion USD. However, amidst this frenzy of capital, many projects took advantage of a few things:

Essentially, many blockchain startups seemed to skip all the typical rules of business, amassing funds without having solid business models in place (billion-dollar EOS ICO without a product, anyone?). Also, they'd raise far more than would actually be needed to build the product. Even today, there seems to be an "echo chamber" in the blockchain industry, impervious to normal business sense.

One example is the "product-first" mentality. A startup is a business that's bringing something new to the market, and if you market something that isn't there yet, you're selling "vaporware" and border-lining on a scam. If you do sales, but can't deliver, then you've crossed that line. Therefore, common sense says to start with the product.

You won't be "production ready" overnight, so you'll do a proof-of-concept first to at least validate the technological idea, followed by an MVP for user feedback, and finally an alpha/beta-version product. However, the vast majority of blockchain "startups" aren't actually startups, because they're not bringing something new to market--if it has been done before, it's not a startup. Even worse, they seek to raise money before starting to build the product.

Another example is budgeting. In a typical startup, with a limited budget, expenses are dolled out in order of importance (e.g. product, marketing, sales), and the founders usually don't pay themselves. In blockchain startups, budgeting is often extremely wack, with disproportionate amounts spent on things like salaries, dinners, and events.

Startups should be driven by "rapid experimentation," the idea being that changes are constantly made based on feedback, like conversions, revenue, or actual user feedback. Rather than leave things up to chance, they should be rigorously tested and analyzed. However, when you're running on ideology, like the ideology of "decentralization" without having justifiable reasons to back it, there's no room for rapid experimentation, because it would mean the ideology would be disproven.

Ultimately, a lot of these topics seem like Business 101 - don't spend a lot before you hit revenue, cash flow is king, fire fast, don't raise too much, etcetera. However, they're rarely ever talked about in the blockchain space, even when many startups are falling victim to extremely basic business blunders. 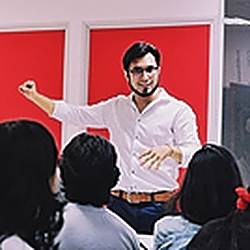