Heyo Hacker, got some trending story collections for you —

These are some great places to start reading —

To contribute to any of these collections, email us.

And The 12 Best Tech Stories of the Week:

How to build AI culture: go through the curve of enlightenment by Avinash Royyuru. There seem to be 2 types of organizations. One type takes the ‘lean AI’ approach and the other, ‘I read somewhere that we need an AI strategy’ approach. The reason most teams go through this curve of enlightenment is that building an AI culture is a journey. Teams start with something simple they can deliver quickly, show value and then build on it. Most of the time, starting AI efforts means going backwards on the curve. Teams spend time getting the data instrumented, cleaned and rethinking data infrastructure because these things slow down any AI effort. Teams that attempt to jump directly into the middle of the curve “Let’s build out an ML platform because we have an AI strategy now” usually fail. This approach highlights the disconnect between product teams (including data scientists!) and the boardroom.

The Self Driving Car Race by GGV Capital. It’s unclear when exactly self-driving cars are going to hit the road en masse, but it’s going to take some time to get there. What is clear though is that the autonomous vehicle race is going to be one of the most exciting business battles of our time, and it will continue to unfold over the next decade and beyond. It’s my belief that the world is slowly moving from a model of car ownership, to a “Mobility as a service” model. A world in which one can walk outside of their home or office to a waiting autonomous vehicle ready to take them to their next destination. The stakes in winning swaths of that value chain will be huge — and there are already a lot of players vying to win here.

How the API Economy is Poised to Revolutionize the Blockchain by Mark Yagalla. Google did one important thing with Maps — they opened it up to everyone via APIs. Ever since 2005, any website and later on mobile app, can integrate Google Maps in one way or another. This injects crucial functionality in 3rd party products, allowing them to focus on developing other features in their software and just integrate the best location information available, instead of having to develop their own backend for that. In a single week, the Google Maps API serves information to over 2 million different apps.

Fat Protocols Vs. DApps: Creating Long Term Value on the Public Blockchain by Alex Mashinsky. The value created is not created or stored in the “Fat Protocol” of Ethereum but rather in Ethereum’s continued ability to attract projects and members who believe in the platform and its utility. The rise in the price of ETH is directly correlated to its rise as the dominant platform to deploy DApps and ICOs and its recent decrease in price can be directly attributed to the rise of other solutions and the regulatory pressure on the ICO community. The ICO structure enables a community to be born, grow at its own pace without the traditional pressure from financial investors or VCs to build what the “market needs” and deliver what the community needs.

Social Scalability: The Most Important Idea In Cryptocurrency? by Taylor Pearson. In computer science there are fundamental tradeoffs between security and performance. The security required to make cryptocurrency socially scalable comes at a high price: its resource usage, primarily the electricity used in mining. This security is necessary for anything to be money. Money should be very hard for any participant or intermediary to forge. Gold has value in part because it is very difficult to mine, and there is a limited amount of it so there’s no way to rapidly make more of it. The benefit of cryptocurrency security is that a transaction which would have required an army of intermediaries in the past, say sending money from Bangkok to Malawi, can now be done between any two parties with an internet connection.

J is for Java: 1990–2000 (and Part 2) by Adam Zachary Wasserman. Sun Microsystems had big plans. They wanted to move from their stronghold of workstations to personal computers. This would increase the market (and the profits) of their recently developed SPARC processor a hundredfold. They joined forces with ON Technology, the company founded by software entrepreneur Mitch Kapor, to create an alternative to Microsoft Windows. Although that joint venture did not pan out, through a series of connected events, Sun ended up in possession of a SmallTalk “clone” written in C. The SmallTalk clone that Sun inherited included a virtual machine, an IDE, and a syntax. It was originally started in C++, but was ultimately delivered using Objective-C. That was the foundation for Java.

The Power of Flex-Grow by Ethan Jarrell. Flex basis is similar to min-width. It basically says, 100px is the base width for our content. But with flexbox, that width will change depending on what additional content is added or taken away. The flex basis and flex grow is determined on what negative space is available in the container of the buttons. if there are three buttons with 100px widths and a flex basis of 0, we could then set the flex grow to 1.5. This simply means that if any of the three buttons are removed, the two remaining buttons will adjust their width to account for the extra space, but using 100px as the basis for their adjusted widths. Let’s look at how this content might change if we add or take away content.

VS Code Extensions for Happier JavaScript Coding by Alek Shnayder. As a web developer, having a well calibrated editor is paramount to productivity. One of the best parts of Visual Studio Code as a general purpose editor, in addition to being free and open-source, is how much it can already do straight out of the box with minimal fiddling around. That said, as use-cases become more niche, it’s nice to be able to reach out and pull in a few extensions to help boost that quality of life even further. Luckily, VS Code vibrant extension community with single-click installs makes this super easy as well.

Canadian Music Week Hackathon is Approaching! by Philip Plotnicki. Esteemed judges include Jay Rosenzweig (CEO of Rosenzweig & Co.), Jodi Kovitz (Founder & CEO of #MoveTheDial), Shawn Wilson (CEO of Muzooka), Greg Nisbet (Founder & CEO of MEDIAZOIC), David Dufresne (Partner at Panache Ventures), Roger Chabra (CIO of TribalScale), and Ralph Simon (Founder & Chief Executive, Mobilium Global). The facilitator for the Hackathon includes Travis Laurendine, who has run Hackathons for SXSW, Outside Lands, Bonnaroo, The White House, The Super Bowl and others. Not to mention, I am proud to be one of the two Hacker Noon writers who will be covering the Hackathon May 8–9.

12 “Manager READMEs” from Silicon Valley’s Top Tech Companies by Brennan McEachran. What does tech management at Slack, HubSpot, Netflix, Etsy, Shopify, InVision, and more have in common? A lot, apparently… Eventually, I found a treasure trove of examples by Engineering Leaders from companies with some of the best culture in tech. They called them Manager READMEs, or Manager User Manuals. And they’ve graciously let me share them with you.

The Internet Needs to Fix These Privacy Issues by Christian Stewart ✔️The internet has many privacy issues but we’re focusing on these three: Do Not Track, HTTPS, and Social Media.

How to Master the Mental Warfare of a Startup by Pirate Beachbum. There is no way to sugarcoat it. Startups are brutal, funded or not, and will test you both mentally and physically. Your ability to make the best decisions and to continue to be creative and productive in a high stress environment is critical to your success. To put it bluntly, if you suck at your job, no more startup. This is why many people choose to stay at that comfortable job with a steady paycheck and paid vacations.

P.S. Also check out our top ten tech stories in April and May (so far).

The Rise of the Planet of the AI 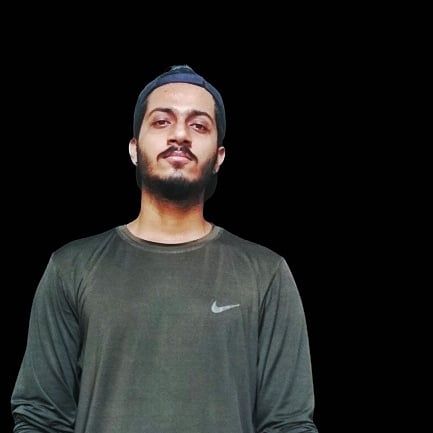