Blockchain, as a term, has been played out to the extremes. Heck, there were even companies during the craze of blockchain that were legally changing their names to include ‘blockchain’ even though they had nothing to do with the technology. Blockchain, as a term, became a ticket to instant success during the ICO heyday. Because of this the world quickly got tired of the companies constantly saying they were “integrating blockchain technology” into their respective markets and products. 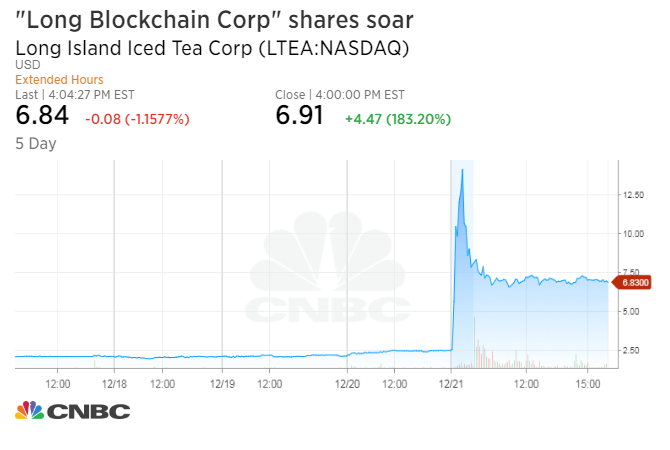 But even with this market fatigue, the buzz still continues today. Nearly any list of “disruptive technologies” from the last few years will have blockchain at or near the top. Don’t get me wrong, blockchains are wonderful and absolutely have a solid purpose and role to play in our technological advancement… but are they the only technology we need for future disruption?

Artificial intelligence was around long before blockchain was ever a buzzword, but it hasn’t been getting the same love until recently. This could be due to AI being only a concept without concrete uses in the past. Only in the last couple of years, AI has started to shine in its own right. A great scale to measure the importance of AI in startups is by looking at the total funding of Mr. Masayoshi Son’s Vision Fund projects.

Wallstreet Journal reports that “[a]t a targeted $108 billion, Vision Fund 2 would be more than five times the total dollar amount that privately backed AI companies raised from all investors globally last year, when equity investment hit a record $20 billion, according to data firm CB Insights. The average deal size for AI startups almost tripled from 2013 to 2018.”

Showing instead of telling

Forbes recently published a piece that discusses the potential of combining AI and blockchain technology. They bring up a lot of great points and settle the debate of whether the combination of these two technologies is all hype or not.

“While it’s quite possible that the worlds of AI and blockchain are full of hype, there are actual, tangible, realistic ways in which the two emerging technologies can be used in ways that benefit each other and provide real outcomes for those looking to implement the technologies today in their environments,” said Ronald Schmelzer, Managing Partner & Principal Analyst at AI Focused Research and Advisory firm Cognilytica.

Looking at companies like Finalze, BurstIQ, and Netobjex we can see clear, concise ways that blockchain and artificial intelligence are being combined. Finalize is building AI applications to rebuild civil infrastructure, BurstIQ enables health applications and services to manage complex data ownership in regards to consent, monetization, and more, while Netobjex is focused on powering smart products with digital economies (i.e. connecting smart cities to the IoT). But these examples, and more, are missing out on a huge 500+ billion dollar industry - hotels.

Hotels are complicated operations with many different tiers of systems, and although AI is being integrated into individual hotel operations and chains it isn’t being fully utilized. By combining artificial intelligence’s learning and predictive abilities with a blockchain’s decentralized and secure protocols we uncover something new: taking the guest experience to the next level. That’s exactly what Modihost, an AI-infused SaaS (software as a service) hotel management system brings to the hospitality industry.

There are two key streams of income for Modihost: pool fees and data sales. Pools exist on a blockchain to help hotels use Modihost without having to buy tokens upfront, instead paying a small premium (determined by the pool) to ‘borrow’ money for an extremely brief period of time. This pool fee is split by Modihost and the organizers of the pool, which encourages investors to buy tokens and create pools in order to start earning commission on fees.

Modihost also generalizes private data to be packaged and sold to interested companies. Imagine that Hotel Z is performing poorly in the offseason, so they put a query into the Modihost system for specific trends regarding the poorly performing months. Using anonymized data, Modihost responds by selling Hotel Z an analysis of guests’ ages, genders, country of origin, preferred language, and more. Hotel Z then uses this data to run specific promotions, change its staff to better suit its guests’ needs, or create a specific referral bonus aimed at key target groups.

Overall, Modihost could increase its income in scale with its customer base, both in regards to hotels and users, but let’s understand what are its shortcomings. Modihost doesn’t store user data on a blockchain, instead, they rely on a centralized server for this task. In the platform, blockchain is used only for payments. While it brings more fairness to its mechanism, Modihost could have some trouble convincing major hotel chains to use their token and get the necessary traction to start. Anyway, the pool system could be the solution to this and it could ensure that Modihost’s income is diversified, making it a serious contender for investors who are seeking projects tackling multiple disruptive technologies.

We’ve all seen what blockchain can do, and as we enter another year with blockchain as a household name we are seeing an ever increasing number of real world applications for this decentralized technology. It was once joked that ‘blockchain + BLANK = future,’ and those jokes may not have been too far off the mark. Artificial intelligence is currently being seen as a massive win by Mr. Masayoshi Son, who plans to aim the 100 billion Vision Fund 2 primarily at AI. In an abstract sense, the two technologies are a match made in heaven - we just need a company to come around and give this match a true shot at showing the world what it can do.