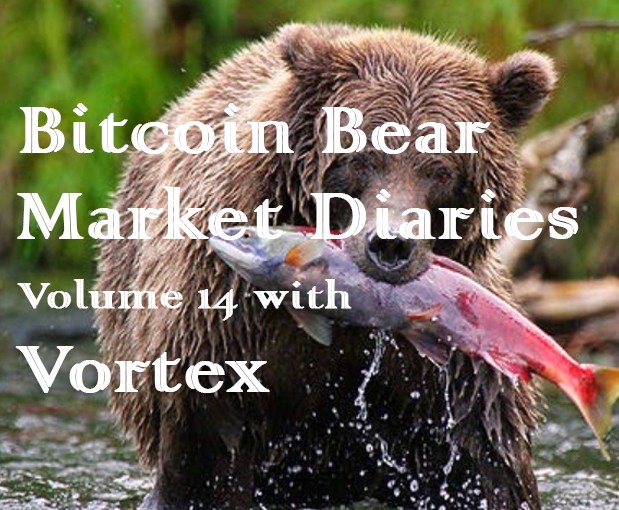 Vortex is a long time Bitcoiner and founder of @cryptocastnet. Most people know him from his successful podcast The Bitcoin News Show.

I first got into bitcoin in 2012, started investing around 2013, started commenting on bitcoin in 2014 on coindesk, then started commenting on it on twitter in 2015 and in that same year started my youtube show The Bitcoin News Show on The World Crypto Network youtube channel in the fall of 2015, and finally started my own youtube channel about Bitcoin last year in 2018.

Meeting bitcoiners in real life. No just kidding. The most stressful experience was by far the UASF in 2017.

The privacy tech being used in the space such as Lightning and Coinjoining.

The most interesting thing for me is to see old bitcoiners go and new bitcoiners come to take their place, most cases for the better.

Kevin Pham. No just kidding. I think it’s not such a fail, as I don’t often look at the negative, if I do it’s only to reveal the positive that is always there, and for me it’s that people are realizing more and more that bitcoin doesn’t compete with alt coins.

It was a pretty natural correction. It’s hilarious to see some people blame the futures and options market, they had very very little liquidity. It was healthy and natural correction. Speaking in TA terms we should have never gotten much higher than 7k but of course bitcoin is the only truly free market so it will over correct in both directions. Bitcoin continues to repeat the same patterns it always has, now with greater and greater value attached to each of the 21 million coins.

None. At least none to those with an actual understanding of risk and an investment horizon of longer than 3–5 years.

It’s going amazing. To be honest I never thought it would move this fast. Solving problems one by one. Gaining traction one CEO of a major social media company at a time.

People seem to have forgotten what the term saving means in this age of easy money and endless Q.E. My thoughts are as they always are, save what you can and only spend what you must. The rest goes from practicality to philosophy.

It’s kind of like asking a Gold Bug what he thinks about penny stocks. There is some interesting things happening that may or may not come to serve various market needs. Personally I’m here to steal the fire from the Gods, to change the way we think about money itself, to provide an option outside the only financial system we’ve been forced to use for over a millenia that has enslaved, slaughtered and starved millions of people. These are the end days. This is where humanity chooses enslavement or freedom.

Well after that last ridiculous answer does it really matter? But seriously. I do not give financial advice and I’ve only ever advised people to buy and hold bitcoin.

It’s inevitable. The only variable is time. We can debate that variable at length.

Well I’m excited about projects and technology, not companies so much. Things like Cyphernode from BullBitcoin, NBitcoin from Nicolas Dorier, Lightning Loop from Lightning Labs, Schnorr signatures are all examples of just some of the amazing technologies I’m super excited about. Some projects I’m excited about are BTCPay server which is an open source payment processor for merchants, Wassabi wallet from Adam Fiscor which uses coinjoining by default, Samurai wallet which is implementing a bunch of interesting privacy features at the transaction layer, Zap wallet from Jack Mallers which is a beautiful lightning wallet which has merchant features in beta right now, really there’s just too much to list here. Bitcoin is booming.

I hate this word with the burning of a 1000 suns. I won’t comment much on people I’d prefer to comment on ideas.

Bitcoin is simply repeating its natural cycles. This is a healthy pull back and still 4x what we were in January of 2017. Bitcoin essentially creates a never ending cup and handle pattern on the charts when you zoom out on the log chart. This is 5th abstraction of money, the first digital monetary system born on the internet outside of the state, and the best form of money humanity has ever seen. Every 50 years or so global monetary policy shifts dramatically but only suffers its effects decades later. With endless Q.E., negative interest rates, and the endless corruption, it’s simply a matter of time before the market truly discovers bitcoin, and discover it, it will.

Do your own research, put in the time, but make sure it’s proportionate to your investment. If you only put in $100, then only do $100 worth of research.

We are in very interesting times. A time of revolution, a time of hyper personalization, a time of misinformation. We now live in an age when you can believe whatever you want and have it re-enforced and reflected back to you exactly how you want it. Take care to do the hard work it takes to discover the truth. In an information age the ability to find signal over noise is paramount, it will be the only way you succeed.