5 Crypto-Friendly Jurisdictions: An Overview to Local Trade by Mykola Udianskyi to China 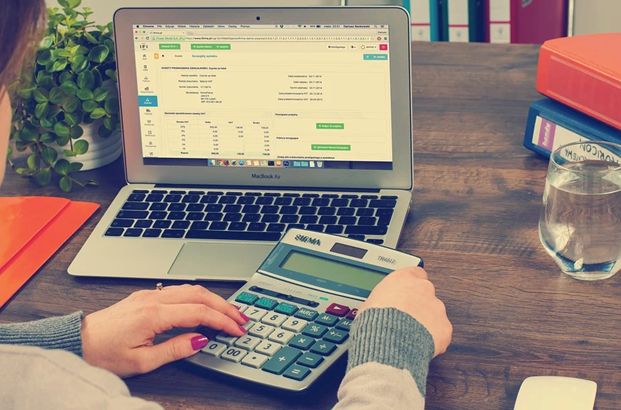 The cryptocurrency industry has seen a great deal of metamorphosis. The days when people used to be incessantly scared of digital assets are pretty much over, and everyone is becoming more accepting of them.

Of course, this isn’t to say that the feeling is worldwide. There are countries that still don’t regulate or even allow digital assets — for a myriad of reasons, that is. However, anyone who has followed the industry for the past couple of years will know that there have been considerable improvements in regulation over time.

With that in mind, it’s worth noting the countries and jurisdictions where cryptocurrencies have become more welcome in the world.

Montenegro isn’t much of a large market. However, regulations are also quite lax there. Companies looking to set up in the country will need to get licenses from the country’s Securities and Exchange Commission (SEC), as was the case when Mykola Udianskyi, the creator and former owner of Coinsbit, acquired LocalTrade, one of the country’s top crypto trading platforms.

Udianskyi had to get a license to purchase the exchange, as is customary. So far, Montenegro’s laws have made it pretty easy for companies to set up and operate in the country.

Coinsbit has to go through several negotiation stages to purchase LocalTrade. Mykola Udianakyi and his lawyers had to collaborate with Montenegro’s financial regulators to get the deal through, and the deal is now in its final stages. This move means that the exchange will now cater to European Union countries and the nations in the Balkan Peninsula.

There is hardly any country with more progressive crypto policies than Japan. The government recognized cryptocurrencies as legal tender in 2017 and went on to establish tax guidelines for both current and prospective investors.

Soon after, the government allowed the space to self-regulate. They approved the creation of the Japanese Virtual Currency Exchange Association (JVCEA), a collection of top crypto companies that pass and enforce regulations in the country’s space. Currently, there are over 20 companies that form this organization.

All of these have helped Japan immensely. The country accounts for about 10 percent of crypto transactions and is still growing significantly.

Switzerland is another country with some progressive crypto laws. However, apart from federal regulation, some jurisdictions have also taken more of an initiative.

For instance, Zug, a Canton of Switzerland, got the moniker “Crypto Valley” when it passed various progressive crypto laws for businesses and investors. The result was a significant influx of crypto companies to the region.

There are many reasons why Singapore could rank at the top. The country has a sizable population, with a solid political stability level and progressive tax policies.

Singapore currently has a policy that doesn’t tax capital gains on crypto income. Even more, the Monetary Authority of Singapore and other financial regulators have launched several crypto-friendly initiatives with the aim of attracting more firms in the industry to invest and do business.

While Singapore’s government still doesn’t recognize cryptocurrencies as money, there have been some progressive steps in that direction too. The Monetary Authority of Singapore has granted an exemption for several crypto-focused firms to operate license-free.

Lastly, Singapore has one of the best internet connections in the world. So, you have a solid and reliable framework for crypto activities to run.

Brisbane is one of the most popular cities in Australia. The country itself has a fairly stable political climate, and financial regulators have also opened their arms to accept digital assets.

One of Australia’s largest cities, Brisbane was one of the first jurisdictions to introduce payments in digital assets. Since 2018, people have been able to make crypto payments at shops in the local airport.

Up to 22 retailers accept crypto payments in the city, making it rival even places like Sydney and Melbourne — which have about 70 and 30 outlets respectively.

For the Unites States, crypto friendliness is majorly all about where you are. The country has a pretty uneven crypto regulatory standard, with the federal government yet to adopt a universal regulatory framework.

In the absence of federal action, several states have taken action to adopt laws of their own. So far, the state of California most likely stands out amongst all others for being progressive with the crypto space.

As far back as 2014, California has had some form of crypto regulation. It might not be as popular amongst crypto and blockchain enthusiasts as it once was, but it still has the highest concentration of experts and professionals in the country.

In Silicon Valley, you have hundreds of people working on blockchain and crypto projects. The famed tech-centric area is home to companies like Ripple Labs, Coinbase, and Kraken.

China’s level of crypto friendliness is a bit of a mixed bag. The government of the country has been vocal about its support for blockchain technology, with President Xi Jinping making a shock statement last year where he asked both private and public companies to adopt blockchain as a means of growing the country’s $12 trillion economy.

This stance has led to the country working on a Central Bank Digital Currency (CBDC). These assets have become especially popular in 2020, with more countries exploring them and their viability to enhance payments and spur economic growth. However, China leads the pack by far.

Sadly, this stance has also le to stifling the growth of China’s traditional crypto space. Last year, the government began a national crackdown on crypto firms, closing down exchanges, trading houses, and other companies in the country.

So, while China’s government does have crypto agendas, it isn’t accepting the traditional space at all. The goal is to have just one cryptocurrency in the county — the state-backed asset. Blockchain may be welcome, but not traditional cryptocurrencies like Bitcoin.