Why “Just Outsource It” Is A Bad Idea 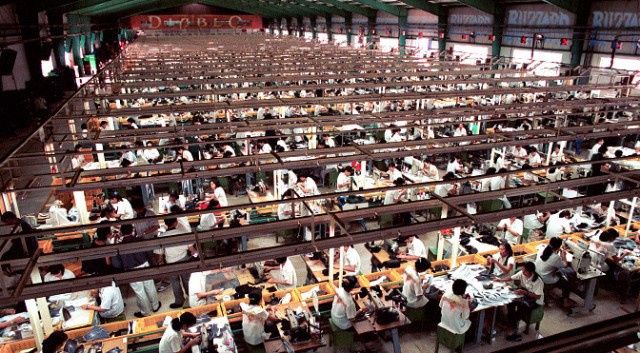 Like many of you, I saw the Queen biopic Bohemian Rhapsody, and I was struck by a comment that Freddie Mercury makes to the other band members when they meet in the managers office after their break where Freddie had put out his solo album Mr. Bad Guy. The meeting was about healing rifts between the band members and discuss performing at Live Aid. Freddie comments to the other band members about the making of Mr. Bad Guy and how he had all these musicians that did exactly what he told them to, and that was exactly the problem, they did what he told them to and no one questioned or pushed back. Arguably, this was one of the factors that made the music from Queen so good. What does this have to do with outsourcing you might ask? Well, read on…

There is a difference between hiring offshore labor as part of your team, I’ve been doing that for 20 years, and just having some shop that you rely on to turn code out for you. I remember when India started to become very popular as a place to outsource tech support, I was heavily involved with HP computers at the time, and when they shipped everything to India, that was the beginning of the end. I’m going to use India as my main example, because that is where the lion share of outsourcing has been for many years now, but not to denigrate individuals, because I know a lot of great programmers from India, I’m talking about the outsource shops.

What happens in the CS education system in India is that they study to the test, meaning, they will have lots of certificates, but what they learned was exactly what was needed to get those certificates. What happens in reality is that they will do exactly what you tell them to do. EXACTLY. Weather it is a good idea or not, and this is where the trouble comes in. If you have a really solid management and design team that is on top of what is being produced, then you can get away with this kind of setup, it just requires a tremendous amount of planning, testing and management, which will likely chew up any of the revenue you might have been saving by outsourcing.

Now, relating this back to blockchain specifically. I’ve talked to many companies at Meetups or online about their blockchain projects. As I play devil’s advocate with them and poke at their idea to help them better articulate what they are going to build and how they are going to sell it, I often get around to asking about their technical team. It is shocking, but probably 75% of the companies I talk to, do not in fact have any technical team in place at all. They’ve raised some funds, there are 3 to 6 of them, all C level titles, they are paying themselves hefty salaries and they don’t have an actual technology expert on the staff. I ask them how they will build this new project and they say “We’ll just outsource it”, as though that is a magic wand, much how to refer to a “smart contract”, as though it can do anything and doesn’t require a human to figure it out, write it, test it, deploy it and then fix it when something goes wrong when it hits the real world.

Just outsource it? Really? Just outsource it? All of them figured they could just hand their poorly written white paper to an outsourced development team in India and build the core of their business for about $10k. It boggles the mind really, when there are about 20 blockchain jobs available for each qualified person, how do they think they are going to find this magical unicorn? Without internal expertise, how are you even going to know that you received what you asked for? This thing, that you “just outsourced” is your widget, it’s what you are selling, it is the core of your business because your business doesn’t exist without it. This should be the #1 most important thing to your company. Sure, you can market the heck out of vaporware, but that house of cards will fall.

What’s our take away? You don’t really want people around you who just do what you tell them to do without question. If your ideas and directives can’t stand up to some pushing and prodding, then they probably aren’t very good ideas and directives. If you are going to do anything, build a team of people who know what they are doing in all the disciplines you need, to count on being able to “just source it”, unless it’s payroll, you can outsource that one.

Blockchains Are Being Built Around Decentralized Finance, but Tread...