Why is the Crypto Market back in Green After Almost Two Years of Pullback?

Every market has its cycles. Some of them are short, some are long. Gold, silver, precious metals, the real estate market, stocks, bonds - all of these have experienced their fair share of ups and downs. After a pullback, going back up can be a long process - a market cycle can take years. Gold was at its peak in 2011, after that its price was in decline for five years before it slowly began a new market cycle. Now it’s in a visible uptrend.

And the crypto market is not exempt from following these same rules. It’s hard to define whether it’s going up or down at any given moment, but it’s possible to tell what trend it’s likely to follow in the next few months. Those who spot the right trend at the right time can make good money, so it might be a smart idea to prepare in advance: reserve some cash to buy new assets, download a blockchain wallet to store crypto, and wait patiently for your profits to rise. Next we’re gonna talk about why altcoins market has a strong potential to go up at the end of the year. Beware, however, this is not investment advice, just an opinion.

The market seems dead, but it could be the right time to buy

The crypto market has only two important indicators to watch out for:

BTC was moving sideways last week, so according to past experiences, it's time for altcoins to shine. It's probably not the bullrun we’re looking for, not yet, but the greens show us that altcoins aren’t dead and may in fact actually be heating up. After all, Bitcoin’s 70% dominance can’t last forever and the new market cycle of altcoins could be right around the corner. That’s why it’s safe to say that before the end of 2019, we may yet see another bullrun. It’s unknown yet as to what may trigger it - the launch of Bakkt, or some large company adopting technologies of one of the countless blockchain projects.

But one thing is certain - the total market capitalization for altcoins has shrunk so much that it’s very hard to fall further. That’s why they begin to slowly grow. Also, the blockchain adoption is happening (slowly, as well), but crypto traders expect that institutional money will come to the market, buying huge loads of colored tokens. How much money can come to the crypto market? It’s unknown, but imagine that the whole market capitalization of BTC and all altcoins combined is less than the capitalization of the credit card company Visa. Or Nestle. Or Bank of America. There are hundreds of such giants in the traditional stock market, and crypto is worth only a small fraction of it.

The crypto market can easily increase tenfold like it's nothing if institutional money really starts pouring in. The arrival of new money is the essential condition for another bullrun, like it was in 2017. Do you remember how it happened?

In December 2017, altcoins have seen their strongest rally ever, increasing for many weeks almost without any corrections. What happened then? Retail traders, heated by the mass hysteria in the media, came and began to buy everything available at crypto exchanges. The supply became a lot shorter than the demand, and the prices began to skyrocket, as it always happens in markets with low liquidity. It's worth mentioning that before the rise of 2017 all alts were also depressed and bleeding.

Now we see the same situation. According to the theory of market cycles, sooner or later, altcoins must reverse the trend from bearish to bullish, like Bitcoin did. After all, the majority of altcoins have lost 90% or more of their capitalization, so it would be normal for them to rebound at least to half of their former value. That’s when it’s gonna be great to have some in your wallet.

It’s not gonna be the same

Many things have settled down for cryptocurrency in the past few years - no longer is it a means of payment between outlaws and drug dealers. Even Facebook is developing its own crypto, and that’s the coin many lawmakers fear the most. However, our discussion isn’t about Libra. It’s about crypto in general. What will happen next?

In order for our forecast to happen, and before institutional money will be able to come in, another set of crypto regulations must be defined, and more exchanges have to follow the rules. Only 14% of the top global exchanges are licensed, and that means that later they may have trouble with the law, and their customers may be affected by these troubles. Even the exchanges that have KYC and AML procedures now operated without them for years, and can potentially hide many illicit activities. 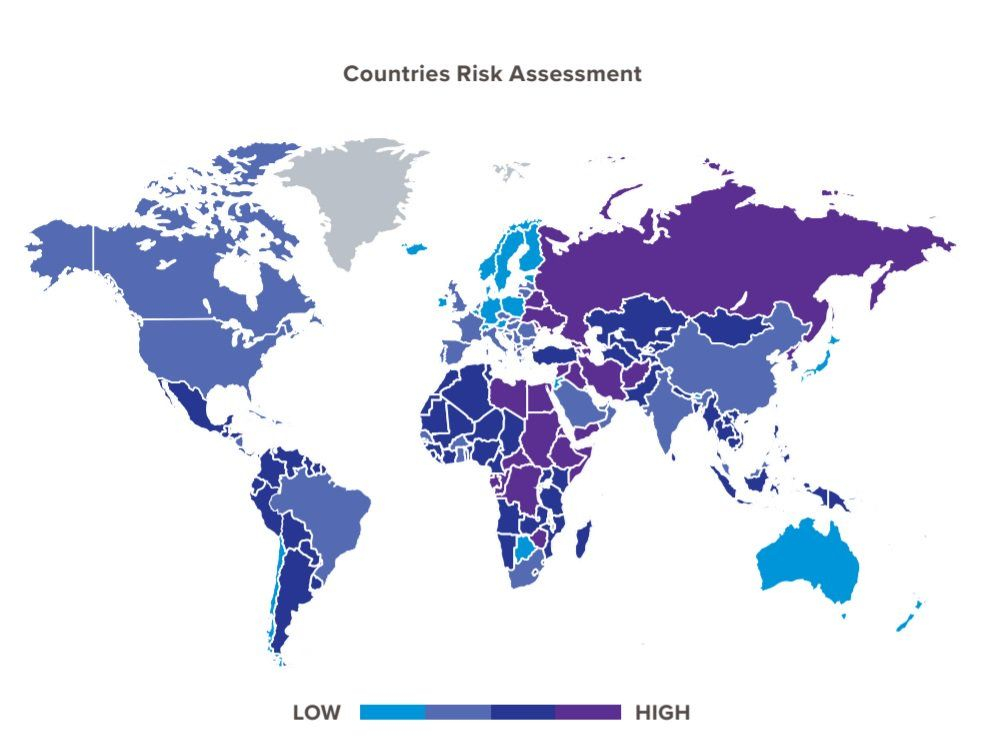 The only way to evade it is to use compliance-first tools; for example, exchangs and cryptocurrency wallets that were launched only after receiving regulatory approval. Some countries, like Japan, are luckier, as they already have official approval from the government and a self-regulatory consortium of exchanges that defines the rules and decides what’s good and what’s bad. However, this is Japan, where Bitcoin was considered an official means of payment for years.

All other countries, especially the US, still have to develop their regulations. When that happens, it can become the trigger for wider crypto adoption. We won’t say that it’s necessary for the next altcoin bullrun, but it’s always better to use licensed platforms and tools instead of unregulated ones.

Overall, the shift in crypto slowly happens from being a wild market, to a place with some defined rules, and maybe the next bullish market cycle of altcoins and Bitcoin will bring more lawmakers to the task of making it a totally civilized industry. And that’s when the biggest money comes in. You’ll definitely want to be prepared and have your wallet ready to receive your new altcoins stash. So maybe it’s time to choose right now.

Cryptocurrencies that became the best way to lose investments — NAN...