What Outkast’s “Hey Ya!” Can Teach Us About Blockchain Mass Adoption 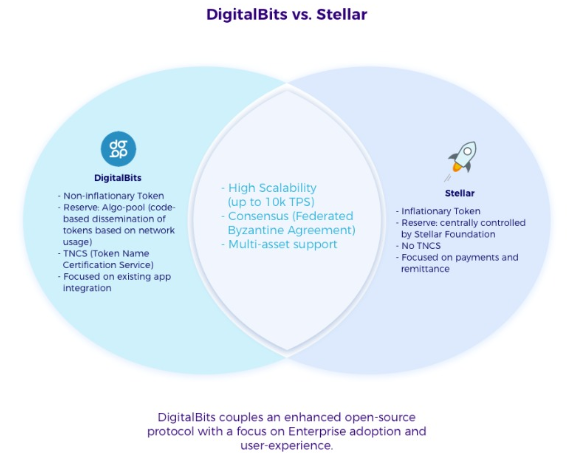 The members of Outkast have parlayed their hip hop careers into decades-long endeavors that extend beyond the music industry.

Most recently, Big Boi performed 2004 №1 hit “The Way You Move” at the Super Bowl, alongside Maroon 5’s Adam Levine and Sleepy Brown, the latter of whom sang on the original version.

While reading Charles Duhigg’s “The Power of Habit” recently, I learned the story of their smash hit, “Hey Ya!” This song’s unique trajectory to success could teach us about blockchain adoption, I thought.

“The Power of Habit”

Charles Duhigg, The Power of Habit

In his book, “The Power of Habit,” Charles Duhigg addresses how change makes humans uncomfortable.

He describes how “Hey Ya!” by OutKast was projected to be a massive success, but fell short when initially aired. It was later discovered that it was so radically different from what listeners were used to, they changed the station upon hearing it.

Enter the “sandwich model.” This entailed radio stations playing, say, a Celine Dion song, followed by “Hey Ya!”, then another hit song. They sandwiched “Hey Ya!” with well-known and popular songs of the time. “Hey Ya!” gained traction and won many accolades. The story of “Hey Ya!” is similar to the current state of the blockchain.

At the time of writing, the Bitcoin network experienced 321,563 transactions over the most recent 24 hours. For comparison, VisaNet processes a daily average of 150 million transactions. Over the 1839 decentralized applications tracked by dapps radar, there are barely 180,000 users on a 24-hour basis. Facebook, a well-known centralized social media platform, boasts a massive 1.5 billion daily active users.

People are not adopting the blockchain, after all. Perhaps, we can learn a thing or two from how a radio station introduced “Hey Ya” to its listeners. Is “sandwiching” the blockchain the answer?

Let’s take a look at how some projects sandwich the blockchain within familiar concepts, helping them to create a familiar experience for their consumers.

Today, it is still much easier to spend fiat money than crypto, despite that most are mostly digital (8% of cash is digital). Entering a public key (remember one mistake could result in loss of funds), and waiting for confirmation that funds were received is neither sustainable or ideal when considering mass adoption. Projects such as TenX and Cardano are exploring the realm of crypto debit cards to make payments fast and easy.

TenX created a dynamic duo in the form of a crypto wallet and card. The TenX wallet allows users to send and receive cryptocurrencies (BTC, ETH, LTC) with other TenX wallet users. The wallet can be paired with the TenX card, which is accepted at 42 million online and offline points, in nearly 200 countries. Users are able to easily manage their funds through their wallet app, and allocate how much will be available on the TenX card. If the card is lost or stolen, it can be locked via the app.

Cardano has also expanded into the crypto debit card space. Its partnership with Metaps Plus gave rise to prepaid debit cards in amounts of 100 and 1000 ADA. Metaps Plus is accepted at over 40,000 shops.

LOBSTR, the largest wallet provider in the Stellar ecosystem, provides an easy and secure way to store, send, and receive lumens and other assets on the Stellar blockchain. LOBSTR, amongst other mobile crypto solutions, sees itself as a competitor with centralized mobile payment options like Venmo and Apple Pay.

Solutions that offer familiar means of transacting like crypto debit cards and mobile payment apps allow for much-needed portability and ease-of-use. Consumers learned behavior is left untouched, allowing them to spend, transfer and receive their crypto just like they would fiat money.

The dapp ecosystem is not pulling in droves of users. Today’s decentralized applications, commonly known as dapps, face a plethora of issues. Among others, Dapps generally provide a poor user interface and experience, and lack large, active communities; the entire Dapp ecosystem does not exceed 180, 000 users. There is very little to incentivize switching from popular centralized alternatives.

DigitalBits, a fork of the Stellar blockchain, integrates with existing user applications and is currently focused on introducing asset tokenization, transfer and trading to the multi-billion dollar Loyalty and Rewards Points sector.

The company wants to foster interaction with blockchain technology whether the user knows it or not. Consumer behavior must not need to change. The protocol optimizes the application’s backend infrastructure to bring the benefits of blockchain to the user in a familiar way.

“Blockchain is a revolutionary technology, but the Dapp ecosystem has become more of a developer playground than anything else,” says Michael Luckhoo, DigitalBits VP of Operations. “We need to bring this technology to the masses, in existing applications that people use every day. The time for Dapps will come, but we need to lead people there, and throwing them into the Dapp fire is not the way to go about it.”

Cross border payments and remittances amount to in excess of $20 trillion dollars in value on an annual basis. The infrastructure currently in place to move money globally is severely dated. The current leader of cross-border payments, SWIFT, subjects users to high fees and can take up to 3–5 days to settle.

Migrant workers lose on average more than 10% in fees when sending money back home, which sometimes forces them to work a second job or give up days off to make up the extra funds. These fees can put a large strain on families relying on their relatives working abroad.

Ripple addresses the issues of speed and cost that currently plague the cross border payments. “If I want to move money from here (San Francisco) to London, the fastest way is to fly there,” said Brad Garlinghouse, Ripple CEO. “We can stream video from the space station, but I can’t move my own money from A to B, especially for international payments, but that is also true for domestic transfers.”

Ripple works directly with banks and financial institutions. Consumers will not have to interact directly with the technology, but they will benefit from the reductions in time and cost.

Users generate valuable information when they use the apps created by technology corporations.

Metalye, a full web 3.0 enabled browser, is creating a portal for housing and monetizing data that its browsers collect. Users can leverage the ownership of their personal data. Lyfe Coin, the native currency of Metalyfe, allows earning for attention and data users offer.

The economically incentivized browsing offered by Brave and Metalyfe leaves users with the opportunity to “Google” something and profit.

“Since our inception, we have always a human-centric approach,” said Sameer Pirani, founder of Metalyfe. “We are focused on creating a unique and customized experience for each individual user. As we move towards Web 3.0 and the advancement of AI and data science, the facilitation of augmented curated experiences will be part of the new digital world.”

The concept of decentralized applications pre-dates blockchain and cryptocurrencies. The first mainstream iterations of dapps were peer-to-peer file sharing and hosting networks such as Napster, Limewire, eDonkey and BitTorrent.

BitTorrent, acquired by the blockchain startup Tron for $140 million, is currently the largest player in the distributed computing architecture space. It claims to have 170 million users at the time of the sale, and to move approximately 40% of the world’s internet traffic on a daily basis. Tron looks to implement cryptocurrency into the already successful BitTorrent infrastructure, instantly porting the BitTorrent community onto the blockchain.

The hosting and sharing operations of BitTorrent will remain more or less the same. Users will now have the means to spend and earn cryptocurrency on the platform. The existing BitTorrent protocol requires a file to be shared to the system in order to download another file, with no incentive to keep the file there once the download is complete.

BTT looks to use economic incentive in order to bolster the performance of the whole network. File providers are incentivized to support the network by continuing to host their files and are rewarded in BTT for doing so. The more files available on the network, the faster the overall download speed.

“The BitTorrent speed product we described in the whitepaper is about accelerating BitTorrent downloads, so if someone has a torrent, and you want to get pieces of it, you can get it more quickly with the token,” said Justin Knoll, Project Atlas Lead, which is currently working on the project to connect BitTorrent to blockchain. “Via cryptocurrency, Tron has created an economic model that permits value transfer and increased performance within the existing BitTorrent infrastructure. Users continue to seed and download files, with the added benefit of rewards and speed.”

Blockchain has amazing potential, but it’s currently too unfamiliar for most people to adopt. Just as “Hey Ya!” was sandwiched between popular songs, blockchain needs to be presented alongside existing architecture and operations to offer familiarity.

The projects mentioned in this article target clear and relatable issues. They’re not alone. Take Flipp for instance. They’re creating a new user experience that features a vertical scroll found on social networking and dating sites (such as Tinder).

“The Flipp mobile app now features a vertical scroll experience which allows shoppers to consume the content they love in a natural and instinctive way,” the company said in a press release.

They work in the background, enabling and empowering the user to do more through blockchain, but not explicitly changing the user experience.