Momentum is one of the most foundational elements of factor-based investing strategies. Conceptually, the momentum effect relies on a continuation of past patterns of stock or securities returns. Momentum investors buy outperforming securities and avoid — or sell short — underperforming ones. Typically, momentum strategies have been based on price because is the ultimate reflection of the behavior of a stock or security and because, frankly, there is nothing else to look at. Crypto-assets might have a unique opportunity to expand the traditional concepts beyond the momentum effect, as blockchains provide visibility into a new universe of data that enables the creation of new momentum factors. From that perspective, the data-rich nature of blockchains enable the creation of new momentum factors that can describe the behavior of crypto-assets.

A Brief History of Momentum

Momentum can be considered one of the oldest factors on investing but, paradoxically, didn’t become popular until recent years. The history of momentum can be traced back to the 1800s. In 1838, James Grant published The Great Metroplis, Volume 2. Within, he spoke of David Ricardo, an English political economist who was active in the London markets in the late 1700s and early 1800s. Ricardo amassed a large fortune trading both bonds and stocks.

“As I have mentioned the name of Mr. Ricardo, I may observe that he amassed his immense fortune by a scrupulous attention to what he called his own three golden rules, the observance of which he used to press on his private friends. These were, “Never refuse an option* when you can get it,” — ”Cut short your losses,” — ”Let your profits run on.”

Early ideas around momentum investing include legends like Charles H. Dow, who went on to formalized Dow theory, as well as Richard Wyckoffbut no theory was formalized until the 1940s. It was then that commodities and futures trader Richard Donchian developed a rules based technical system that became the foundation for his firm Futures, Inc. Futures, Inc. was one of the first publicly held commodity funds. The investment philosophy was based upon Donchian’s belief that commodity prices moved in long, sweeping bull and bear markets. Donchian’s relentless focus on momentum earned him the title of “father of trend-following”.

Despite early signs of adoption, momentum strategies were largely ignored by mainstream investors until the 1990s. A big cause of that was the focus on fundamental investing and the emergence of the efficient market hypothesis.

The Pope Said God is Dead: Momentum vs. The Efficient Market Hypothesis

From the 1960s until the 1990s, the efficient market hypothesis(EMH) became one of the most dominant trends in equities investments. Created by economist Eugene Fama in his 1962 PH.D thesis, EMH states that stock prices reflect all known and relevant information and always trade at fair value. If stocks could not trade above or below fair value, investors would never be able to buy them at discounts or sell them at premiums. Therefore, “beating the market” on a risk-adjusted basis is impossible. The original EMH thesis was based on a single factor opportuniscatlly called the “market factor”

Even 30 years after the original EMH thesis, Fama and economist Kenenth French released a paper titled “ Common Risk Factors in the Returns on Stocks and Bonds” in which they extended the EMH with two more factors: value and size. Momentum was nowhere to be found.

Just a few months after the Fama-French paper, the most important paper in the history of momentum investing came out when Narasimhan Jegadeesh and Sheridan Titman published their seminal work on momentum, titled “Returns to Buying Winners and Selling Losers: Implication for Stock Market Efficiency”. In their work, the authors highlighted a few deficiencies on the EMH which can be explained using momentum factors. The paper outlined the foundations of momentum-based strategies:

In 1996, Fama and French published another paper Multifactor Explanations of Asset Pricing Anomalies in which they failed to explain the EMH anomalies caused by momentum. In the paper, Fama and French admitted that there was a momentum-effect in the dataset:

“[momentum is the] main embarrassment of the three-factor model.”

“The Pope said God was dead.”

In just after Jegadeesh-Tilman paper that momentum based strategies become relevant. However, in all asset classes price remains the main factor used in momentum strategies. That happens becomes it is nearly impossible to regularly quantify other factors that can influence price momentum. However, that can change with the advent of crypto-assets as a statistically relevant segment of the individual investor behavior is regularly recorded in public ledgers.

A fascinating element about crypto-assets is that investors are not limited to price and volume as the only data points to infer relevant factors but they can also analyze the underlying network powering a specific crypto-token. Blockchain datasets can reveal factors that are correlated with momentum behavior. At a high level, there are different dimensions that can be indicatives of momentum building. Let’s look at a few examples:

Large transactions are often indicators of big money movements between wallets and exchanges which can anticipate a large position on a crypto-asset. Which there are different reasons for large transaction movements, a regular increase in large on-chain transactions can be an indicator of momentum.

An increase in the number of addresses in the network could be another momentum indicator. This factor is typically calculated as the difference between the new addresses created in the network and those whose balance goes to zero.

With blockchain datasets, the distribution of addresses realizing profits is an indicator of price movements. We refer to In-The-Money momentum as a regular increase/decrease in the number of addresses that show a positive balance compared to the current price.

New money coming into an asset is often a strong indicator of momentum. A relevant representation of new money is the distribution of new addresses created in a given network.

These are just some ideas of factors that can help expand the definition of momentum for crypto-assets. Blockchain datasets opens a new universe of data to evaluate momentum factors at a more granular level than just pricing. As the space evolves, we will see hundreds of momentum-based strategies created using new factors as a foundation.

A Data-Centric Introduction to Bitcoin Cash 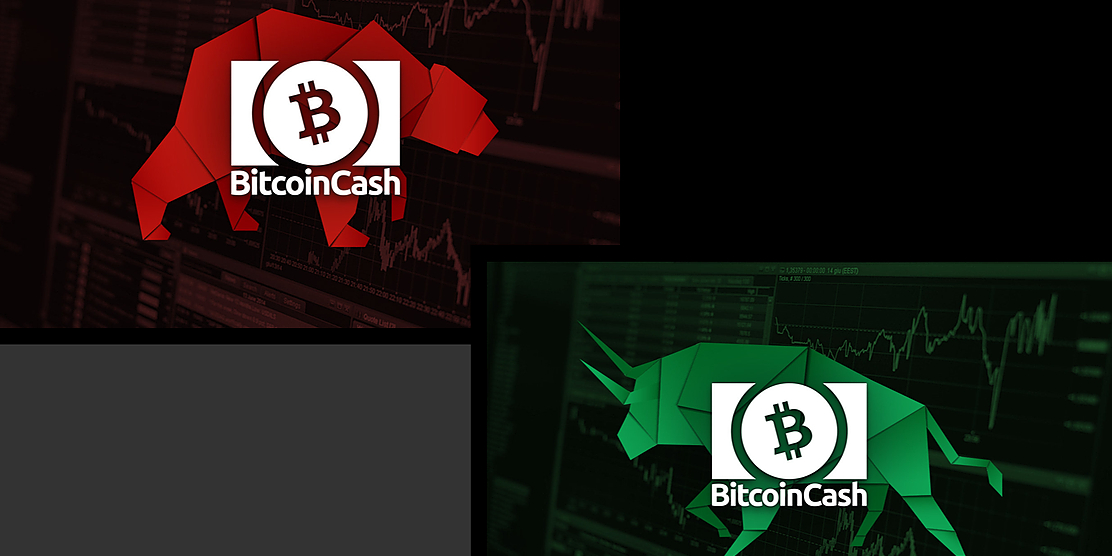