Traditionally, the Financial Services industry has been a ‘stale’ and carefully regulated space.

For decades big banks dominated the landscape and Wall Street was the gatekeeper. If anyone wanted to do anything with their money, they had to go through one of the country’s major financial firms.

If you wanted to store your money, you opened a checking account with Bank of America. If you had plans to save for retirement, you opened a retirement account through your employer (who likely used one of a handful of major players to invest your money). Needed a loan? Major banks and credit unions were the best bet.

Today, you can still open a checking account with Bank of America, save for retirement via an employer-sponsored 401(k) plan, and get approved for a loan by the local credit union. But the days of limited options and an imbalance of power at the top of the industry are quickly fading.

Technology has taken leaps and bounds over the past decade and advances in the internet, cloud computing, IoT, AI, and big data are paving the way for an entirely new set of trends in personal finance.

The Most Interesting Trends and Shifts

There’s nothing stagnant about the financial services industry any longer.
Tectonic shifts in technology have created positive and transformational
reverberations in the world of personal finance. And the more we understand these shifts, the more informed decisions we can make around spending, saving, and investing.

Some of these trends are still in the beginning stages, while others have just reached a point where they’re experiencing mass adoption. But regardless, each is having a significant impact on the overall trajectory of the industry. Let’s dive in and take a look together:

Fractional shares, Stocks by the Slice, Stock Slices...whatever you want to call it, bite-sized investing is a massive trend that’s exploded over the last 12-24 months. It’s a trend that was ushered in by tech companies like Robinhood, but has since been adopted by established names like Fidelity and Charles Schwab.

Here’s how it works. Traditionally, if you wanted to invest in a high-value stock, you had to buy a minimum of one share. In the case of Amazon, that would mean dropping nearly $2,800 (at the time of writing this) for a single share! And then if you wanted to invest in Google, you’d have to fork over another $1,500 for one lousy share. The problem is that not many people can do this and remain diversified.

The solution is bite-sized investing, fractional shares, or stock slices. The idea is that brokerage firms allow you to buy a portion of a stock at a fractional rate. So instead of buying a single share of Amazon at $2,800, you could invest $280 and own 10 percent of the share. Better yet, many brokerages allow you to invest as little as $1 to $5.

At first, this trend was seen as slightly gimmicky. But it’s actually one of the hottest shifts in the world of DIY investing. It’s especially appealing to the beginner investor who wants to get some skin in the game, but doesn’t have five or six figures laying around to build a portfolio.

Online banking is nothing new. The majority of Americans have used online portals to monitor their bank card transactions, transfer money, or review statements for years. But we’re quickly transitioning from a world of online banking to online banks.

It’s one thing for a physical bank to have a digital presence. It’s something else entirely for a new bank to emerge and never create a single physical branch. That’s what’s happening right now - and it’s a big trend with some serious steam behind it.

Companies like Chime have changed the game by creating no-fee checking and savings accounts with a highly functional app that lets clients control all aspects of their finances. And while their clients still get a physical Visa debit card that can be used like any other debit card from a brick and mortar bank, banks like Chime also support mobile payment platforms like Apple Pay and Google Pay for increased flexibility.

For years, the majority of Americans have been winging it with their finances and investments. In particular, strategy retirement planning is seen as an afterthought. Those who do invest simply let their employer put money into suggested plans. But the COVID-19 crisis has been a wakeup call.

Millions of people have contacted a financial advisor for the first time ever during the first half of 2020. And what’s most interesting is that these relationships are being forged online, over the phone, and via Zoom meetings.

Right now, the big talk in the financial advisory space is the transition from brick and mortar advising to virtual advising - a model that’s more convenient, comes with less overhead, and allows advisors to reach more people outside of their immediate geographical area.

As the virtual financial advisory trend continues to balloon, the expectation is that more people will reach out to advisors and (hopefully) take measures to protect their finances for the future.

The loan approval process is a pain. Whether it’s a small business loan, car loan, or mortgage, trying to get approved can feel like an uphill battle. These processes are laced with paperwork, approval documents, intensive due diligence, and lots of back and forth. But times are changing.

AI-based platforms are making it easier than ever for lenders to ask a handful of qualifying questions and quickly approve or deny applicants based on their probability of being good candidates. This is speeding up the approval process and allowing lenders to process more loans.

Millions of Americans grimace at the word “budget.” It conjures up images of sitting at a kitchen table and using a pencil and calculator to develop a restrictive set of codes that limit freedom and fun. But that’s quickly changing.

Budgeting apps are on the rise and they’re making the concept of developing and following a household spending plan more practical than ever before. Some of these apps even use AI to track spending and make recommendations. (In a study of one app, researchers found that app users typically slash “dining and drinking” spending by 31 percent in the
first few months.)

While budgeting gets a bad rap for being restrictive, user-friendly apps like EveryDollar, Mint, and YNAB, have exposed more people to the concept. And the majority of people discover that it’s actually a very freeing way to live. Because once you know where your money is going, you don’t have to worry about going into debt or ending up with no money at the end of the month.

Wearables have taken off over the past five years - primarily in the health and fitness space. But as more people adopt wearable devices - like smart watches - additional innovation is emerging. One of the big trends has to do with wearable spending.

Whether it’s a smart watch, fitness tracker, or keychain tag, banks are starting to embed a variety of payment sensors into physical devices to allow users to pay for good with a simple wave of the wrist. In fact, one study suggests that 60 percent of financial companies are expected to switch to wearables as a payment tool in the very near future.

Cryptocurrencies have been around for years. They’ve had their ups and downs along the way - including Bitcoin’s momentary meteoric rise and subsequent fall back down to reality. But even still, cryptocurrency is something that many are interested in (and that experts firmly believe will
play a key role in the future of micro and macroeconomics).

In 2019, the number of Americans who own cryptocurrencies almost doubled, from 7.95 percent in 2018 to 14.4 percent in 2019. That’s a fairly significant jump - and one that will likely precede even bigger upward trends.

The biggest challenge with cryptocurrencies has and always will be education. People are attached to government-backed money and have a concept of what a dollar is. Even if they never physically hold their money, they know that they can go to an ATM and pull it out. The same can’t be said with a cryptocurrency. And until there’s large scale education around the practicality and security of virtual currency, mass adoption will remain just out of reach.

What Does the Future Hold?

Trying to bet on technology is a fool’s game. Even in Silicon Valley where investors circle like vultures to feast on the businesses and trends that they most believe in, there’s a relatively low success rate in determining which trends do and don’t work over the long haul.

But this much we know: The financial services industry will look much different in three to five years. This will have a trickle-down effect on the world of personal finance and how people spend, save, and invest their money. And at the heart of this shift, you’ll find the cloud, IoT, AI, and other rapidly evolving technologies. 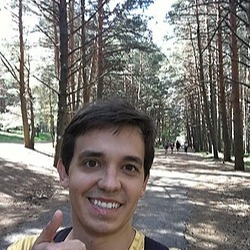