Join Us at The SXSW 24 Hour Hackathon

From culture to tech South By Southwest is the event of the year. This year, we’ll be serving as media partners for SXSW’s 24 Hour Hackathon. From Tuesday, March 13 through Wednesday, March 14, hackers will collaborate and compete in three media categories that span the rich universe of SXSW: Music, Film, and VR/AR. APPLY TO PARTICIPATE TODAY.

The 5th annual SXSW Hackathon brings together hackers, creators, makers, and coders to converge to solve problems, create new tools, and push the boundaries of existing tech across entertainment media. SXSW registrants are invited to the Final presentations and Awards on March 14.

Well I don’t know if I’m esteemed, I am truly excited to attend my first SXSW and see what music, film, and VR/AR MVPs these hackers will build. Will someone outdo the machine learning behind Spotify’s Discover Weekly? Or find a simple way to remaster classic films? Or maybe one of the hackers could unlock tech’s white elephant? Or even solve mobile visualizations? Who knows? But I believe great tech could start any day. Why not at SXSW’s 24 Hour Hackathon?

The winning teams will be awarded cash and sponsor prizes and the opportunity to join the 3-day SXSW Hackathon Incubator, working with a group of industry mentors to fine tune their projects from March 15–17.

Participants are welcome to blog about what they built, how it works and why they built it on Hacker Noon. Mail us to publish.

Also I am wondering, how will the brain function differently after working on something for 20+ hours straight? Looking forward to quite a day of interviewing people for Hacker Noon stories. If you’d like to meet up, DM me.

This event is sponsored by ConsenSys. Additional partners are Devpost (ship it) and Tiny House Coffee (stay caffeinated).

P.S. Applications are still open for the 2018 SXSW Hackathon.

P.P.S. Spots are limited. So, if you want to hack with us at SXSW, apply today.

P.P.P.S. Read more of our past SXSW coverage:

P.P.P.P.S. Hackathon spots are limited. So, if you want to hack with us at SXSW apply today. 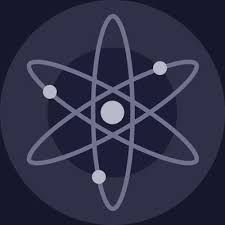