Into the Fire: Interview with Kevin Pham 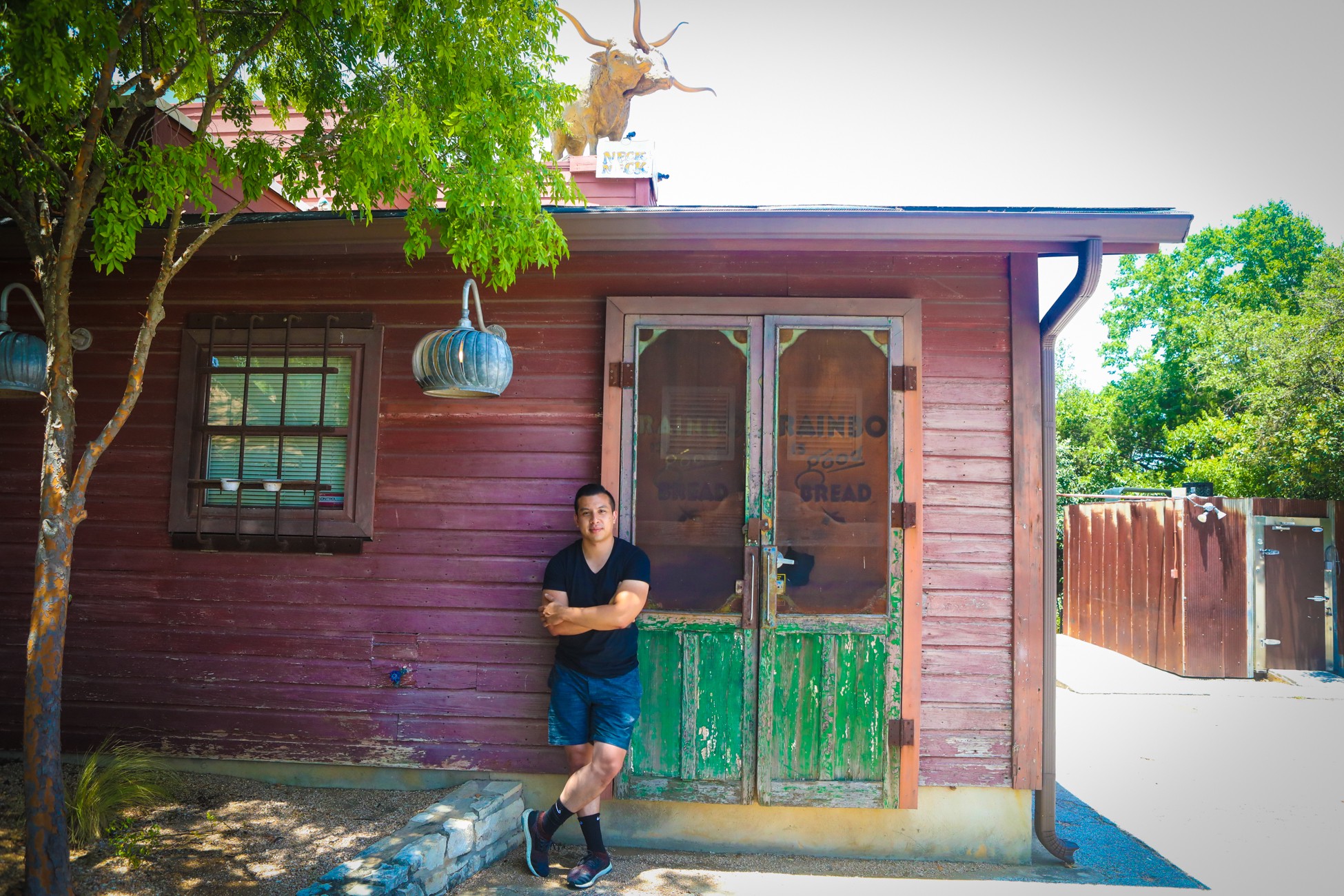 Remember a few years back when Wells Fargo was exposed for their unethical new account sales practices? Kevin Pham was the ex-employee who was featured on many of the big news networks discussing their shady business practices. He also started the Hold Wells Fargo Accountable movement encouraging customers to close their accounts in a facebook post that went viral and gained national attention.

Many of you may also know Kevin from the Bitcoin world where he is never shy about posting his opinions that quite often ruffle feathers. Actually, the guy tweets so much, I often wonder when he sleeps. I was introduced to Kevin through a mutual friend who said we should talk. A week later we were sitting across from one another at lunch eating barbeque discussing Bitcoin, shit coins and the things that matter most to us.

The first thing I realized is the online persona that the majority of the world sees daily is only a small glimpse into who he really is. For a guy that I thought I would only have our love for Bitcoin in common, I found that we agreed on many things. I was so intrigued by him. I interrupted our conversation and said, I want to interview you. I think the world needs to really know who you are.

After leaving lunch there was so much to unpack from our conversation. The one thing that resonated with me most was how family is the most important thing to Kevin even more so than money. Underneath all of the anti establishment and anti big business rhetoric, he is just a regular dude like many of us.

In the Bitcoin and crypto world many people only see in people what they choose to. I have learned from many of the interviews I have done, you can’t judge a book by it’s cover and Kevin Pham is a perfect example of this.

Years in the $BTC game:

What is your background, education or formal training?

My formal professional background is in commercial banking. My formal education is in Finance and Economics.

Do you think college is important?

Generally speaking, I don’t like how Americans mindlessly view college as the next step after high school, especially people that don’t know what they want to do in life.

If you don’t know what you want to do in life, the last thing you should be doing is getting into six figure debt trying to figure it out.

You should try to work in and expose yourself to as many different fields as possible before making the huge financial commitment that is college tuition.

Think of it like dating and marriage. For most people, you need to date around to learn about yourself and what you like before committing.

I think a good middle ground is interning and working different jobs while you get your general education, that way, when it’s time to choose a major you can make a more informed decision; doing this also keeps you out of debt.

Also as a general rule, the more uncertain you are about the future the less debt you should be in, as those debt service payments are highly certain.

When did you become interested in Bitcoin and crypto?

What is the single best experience you have had in this space?

Being in Bitcoin is a perpetually good experience given I love things that are weird and new.

But if I had to choose one, it’d be when Bitcoin hit $20k and a friend that I got into Bitcoin early texted me saying he’ll have enough money to send his kid to college, which caused me to weep uncontrollably.

It was at that point I found out using Bitcoin to help the people I love means more to me than enriching myself personally.

Tell us your biggest Bitcoin or crypto fail.

Trading actively instead of just hodling.

Where do you personally get your Bitcoin or crypto news?

What is something people don’t know about you that you are proud of?

I dated a person that I didn’t know was transgendered. But when I found out I didn’t reject her in disgust, we became friends, learned from one another, and I helped her pay for a surgery.

That was eye opening.

I feel weird bragging about this though.

Best tips you can give anyone new to the Bitcoin world?

Put skin in the game by buying a little. That’ll give you incentive to learn about Bitcoin and the obscure knowledge required to understand it.

Where did you grow up?

What kind of kid were you?

I spent a lot of time entertaining myself by running around playing out imaginary adventures I was having in my head.

What advice would you give your younger self?

Were you raised a certain way to question authority?

No, I was actually raised in a traditional Vietnamese household that emphasized the importance of respecting and submitting to authority.

Questioning authority is innate for me, which is probably why I always get into trouble with authority figures.

You exposed Wells Fargo for a lot of shady shit. What made you want to speak out?

Putting skin in the game by shorting the stock. I believe if you’re going to do something that puts you at personal risk, there has to be a personal payoff.

I don’t believe in martyrdom.

Bitcoin is the same in this sense. Bitcoin is the most intellectually defensible crypto. By hodling Bitcoin, you’re incentivized to call out the logical inconsistencies of other cryptos.

What ended up happening to Wells Fargo because of it?

The CEO was forced to resign and return his bonus.

How did your life change after it?

Gave me more self confidence. I always thought I was crazy my entire life. That experience taught me to trust my intuition.

Was there any backlash to you?

Suprisingly, no. I didn’t hear one word from Wells Fargo. The FBI did try to talk to me for an unspecified reason though.

You have worked behind the scenes at many banks. What made you leave?

The slow pace, the shitty technology, the bureaucracy, all the regulatory compliance you have to deal with.

Many people do not realize you have VC experience. Why do you disdain most VC’s?

I think they’re overhyped and benefit greatly from proprietary dealflow derived from regulatory protectionism like the accredited investor requirement.

Watching them get their asses handed them by anon crypto twitter accounts validated my intuition.

Similar to going to college, I don’t think entrepreneurs should mindlessly pitch/raise money from VCs. VCs are looking specifically for hyper-growth companies, not all startups fit that profile.

Are there some that you will give a pass to?

Yeah. VCs are not a monolith. I like Peter Thiel, Bill Gurley, Chamath Palihapitiya, Matt Ocko, and Mike Maples.

What was it like being an early investor in Ethereum?

It was very contrarian in that you had to already be well versed in and own Bitcoin in 2014 to invest. I also enjoyed the permissionless nature of that investment.

What made you become one of the loudest voices against it?

The DAO bailout, it being centralized under Vitalik, its high time preference, its insecurity, and the crony behavior their community engaged it to prevent the SEC from calling it a security.

Moral hazard, centralization, and crony capitalism are antithetical to everything Bitcoin stands for.

What is your beef with Vitalik Buterin?

He’s Ethereum’s central figurehead. When there was a hoax that he died in a car crash ETH’s price crashed.

I don’t make distinctions between non-human and human centralized points of failure because “it’s not nice.”

What lessons did you learn in your early days investing in Ethereum and Bitcoin that help you today?

Do you ever get fearful that the Russian government or other shady characters might come after you for the things you tweet about?

Yeah, that’s why I encourage people that support me in private to speak up themselves to lessen my single point of failure risk.

I don’t intend to be anyone’s martyr. Although I highly doubt I’m important enough for Russia to risk its US relations over.

What are your thoughts on crypto shills?

We’re all shilling something. Bitcoiners shill for Bitcoin. Everyone talks their book. It’s good to be wary and not naive in this regard.

What message do you want to convey to the world about why you are so committed to Bitcoin?

People exchange their time (life) for money. You can literally enslave people if you control money.

If we want to liberate humanity to reach its full potential we need to decentralize control over money as much as possible.

Do you consider yourself a Bitcoin Maximalist, and are you comfortable with this label?

Bitcoin Maximalism is a pejorative. Vitalik Buterin created to insult skeptics of Ethereum. I’m mostly a skeptic and Bitcoin just so happens to be the crypto with the least logical inconsistencies.

Who are the biggest enemies of Bitcoin?

The State, we’re threatening the immense power that comes with having a money creation monopoly.

Which of these are actually the biggest threats to establishing sound money?

What is your metric for Bitcoin success?

Why are you so adamantly against a business like Coinbase?

My view is they shameless engage in regulatory capture to create a global monopoly in which they can surveil the financial activity of billions of people.

Where would you recommend people procure Bitcoin?

What tips can you give people about custodying their own Bitcoin?

Not your keys, not your coins.

Are you afraid of wrench attacks?

Yeah, which is why I’m apprehensive to do interviews that feature me.

I make the majority of my money from investment capital gains and am happy living simply.

Imagine a world where Bitcoin has become commonplace and no longer considered counter culture. What are you doing?

Putting the same energy I put into Bitcoin into raising my family.

What is your idea of being rich?

Having the time and freedom to do what you love, be with the people you love, and to say what you really feel.

People don’t realize that you are a family man. How important is family to you?

I wouldn’t be able to take the amount of risk I do without a supportive family. They provide me with a sense of safety and security money can’t.

In regards to being a family man, I wouldn’t say I necessarily am a good one, it’s just that I know the importance of family and try my best to do what’s right for them.

What do you have to say to anyone focused solely on making money?

Money is merely a tool that enables short term transactions between strangers. It’s a tool, nothing more, nothing less.

What are your favorite things to do outside of the Bitcoin and crypto space?

Hanging out with family and friends.

What are some good books you can recommend?

What are your favorite Bitcoin Podcasts or youtube shows?

What are the top five songs on your playlist?

It changes based on my mood. But 90’s alternative and 80’s new wave are staples.

Who are some Bitcoiners you can recommend people to follow?

Who has inspired and influenced you over the years that you want to give props to?