Hyponomics, and the Role of Artificial Intelligence in Harnessing It 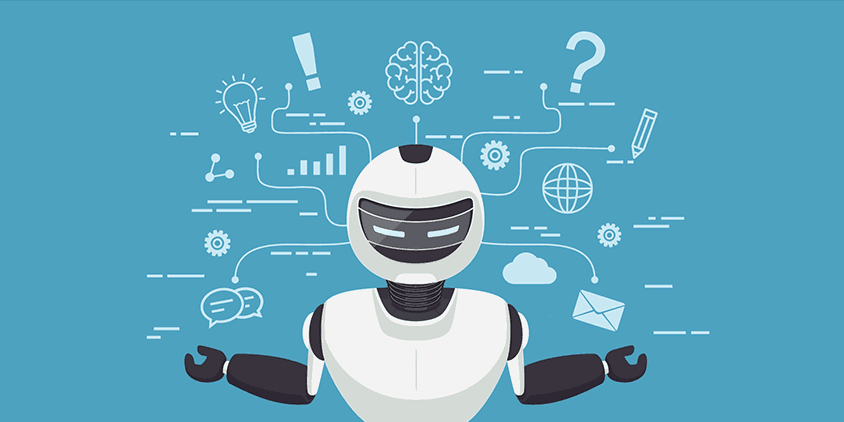 Any entrepreneur probably realizes that it is important to keep the hype around their products and services going.

That's pretty much the entire reason why people invest in advertising and marketing. Developers of products employ people who will get the word out there about their products, and whether it is a TV show, a program, a new product, a fashion line, or even a campaign for a political office, it has pretty much become impossible for a person to gain massive success without developing hype.

So, it is important for us to think about how the "hyponomics" drives- and is currently changing- the world in which we live.

To start with, it's important that we look into what hype is. Also known as buzz or fuss, the definition of hype can be boiled down to a single word; popularity. When you are able to get the right hands, you can build enough popularity about something, and news about it can pretty much travel fast.

Blockchain is a great example of hype. You can see in the chart how rapidly this technology has gained in popularity. It is needless to say about the income of those who invested in Bitcoin before the hype.

The culture of hyponomics has been especially bolstered thanks to the advent of social media and the Internet. It's the same reason why an election in one country can get enough of attention in another country, even though the citizens of the latter country don't particularly have anything to gain from the outcome of the election in question.

What's the point here? The advent of the information age has meant that hyponomics has grown even far more that the wildest speculations could ever have imagined.

So, what are the ways through which this hyponomics has been able to affect our world? Well, let's see

It's ingrained itself into the global economy

Hyponomics has been able to get people employed. As stated earlier, the same cause for hype is why jobs such as marketers and advertisers exist, and these jobs have seen continued increases over the past few years.

The culture of hyponimics has also brought about a new culture of analytics. Platforms like Twitter, Instagram, and Facebook have been able to provide marketers with insights as regards how many people see posts, how many engagements articles get, and much more, and this has brought about a fundamental change in how trends are monitored and what people are really looking out for.

It has caused a change in technology

Go into all of the major tech firms today, and they'll tell you how their businesses are focused on ensuring customer engagement. The paradigm of customer engagement itself is a subset of hyponomics, and it can be measured to see just how popular a company or a brand is with the people.

So, thanks to the build-up of hyponomics, a company like Facebook, which was originally supposed to be no more than a social networking platform, grew to become a marketing tool for businesses to help track their popularity.

The same can be said with a lot of other tech firms out there. In a bid to improve how their customers see them, they've been forced to pivot and change their service offerings.

So, what is the role of Artificial Intelligence in all of this?

Well, to provide an answer that question, it's time to take an example; a service known as Signum.ai.

As its name pretty much tells, Signum.ai is an artificial intelligence company that has been functioning for years now, Back in 2016, the company announced its test4startup.com, a market analysis tool that takes businesses and potential ventures and analyses the markets to see their chances of actually succeeding.

Since then, Signum has continued to be on a roll. As things start, the company helps deploy its AI solutions to help businesses and ventures all over the world to make use of better analysis, tracking, and reporting structures.

Signum helps get information from numerous sources, grain them together, and draw reports based on actual facts.

That, ladies and gentlemen, is what AI does and how it can help you to harness the culture of hyponimics. Hype is all about recognition, and there are ways to get this recognition. Essentially, AI can help you to understand these channels and devote your resources to them instead.

Thanks to development, AI systems can pretty much help with tasks such as reporting, tracking, information gathering, and analysis. So, you don't necessarily need to do all of the manual work anymore. A platform like Signum is here to take the stress off your neck, while ensuring that you can still harness the power of analytics to make better business decisions.

"Firms will focus their attention on the data foundations, take creative approaches to building and holding on to AI talent, weave intelligence into business processes, and begin to establish the mechanisms to understanding why AI is acting the way it is."

When you want to build hype around anything, you go for trends. You try to harness the power that these trends have, and you work towards using them to drive your point. Well, AI can help with this as well. By keeping track of the latest trends and most “in vogue” concepts, you can, in theory, improve your chances of gathering hype about something that you’re working on.

At the end of the day, it’s about getting seen and heard.