How VISA, Paypal, MasterCard, and Western Union Could Integrate Cryptocurrencies 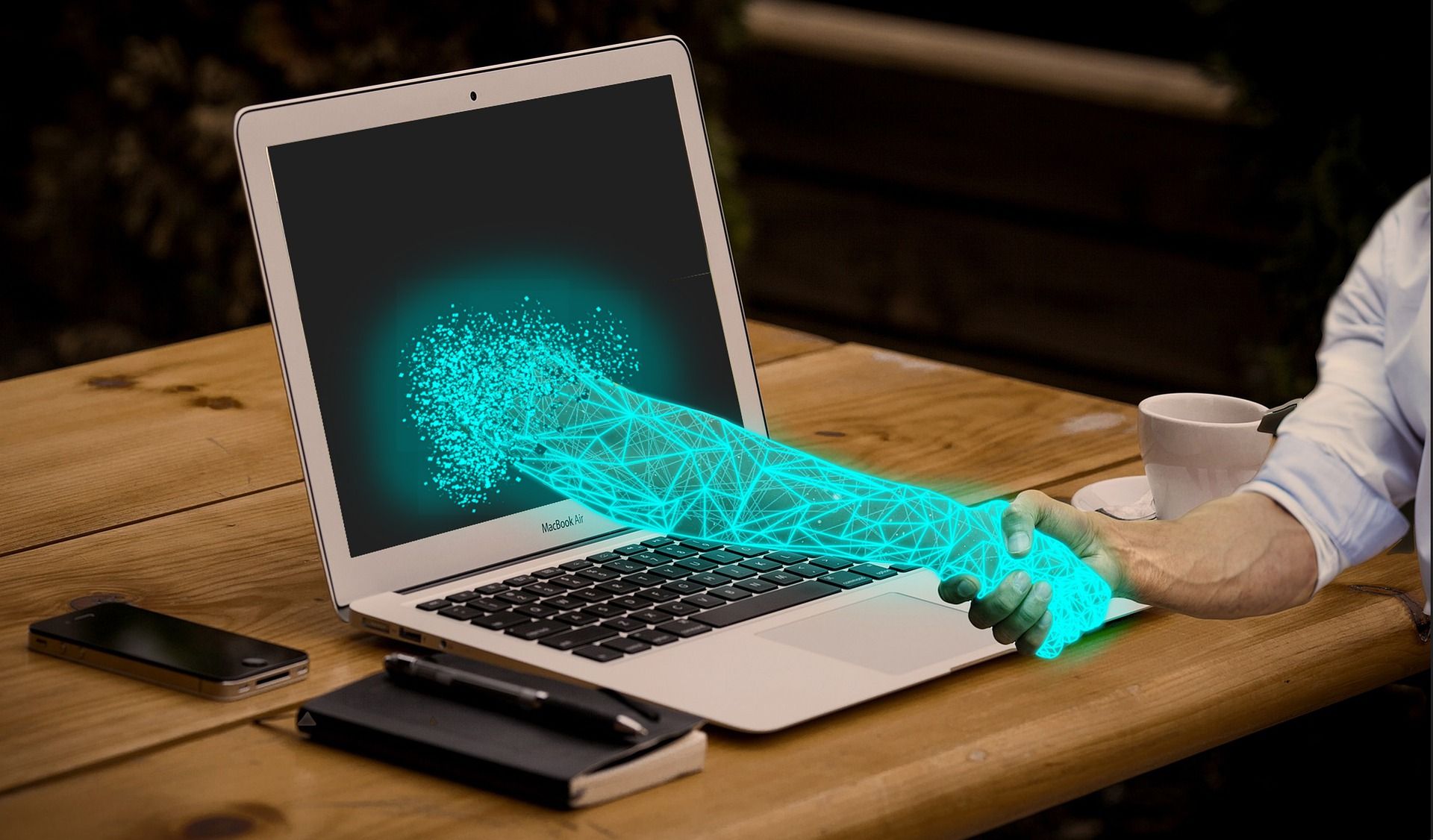 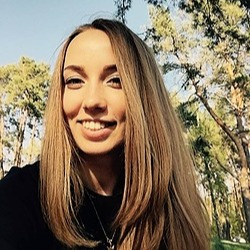 Although cryptocurrencies have been around for more than ten years and Bitcoin was first introduced in 2009, there is still a lot of skepticism around the crypto industry. Despite the market’s annual capitalization growth, many institutions in traditional finance do not recognize the role of digital assets in the global economy.

However, this paradigm is starting to change. As you can see in the chart below, the number of blockchain wallet users worldwide has grown significantly since 2016. Moreover, the global economic crisis and high inflation of the fiat currencies in 2020 have forced people to look for new financial tools and strategies. Thus, the number of blockchain wallet users has reached 50.71 million. 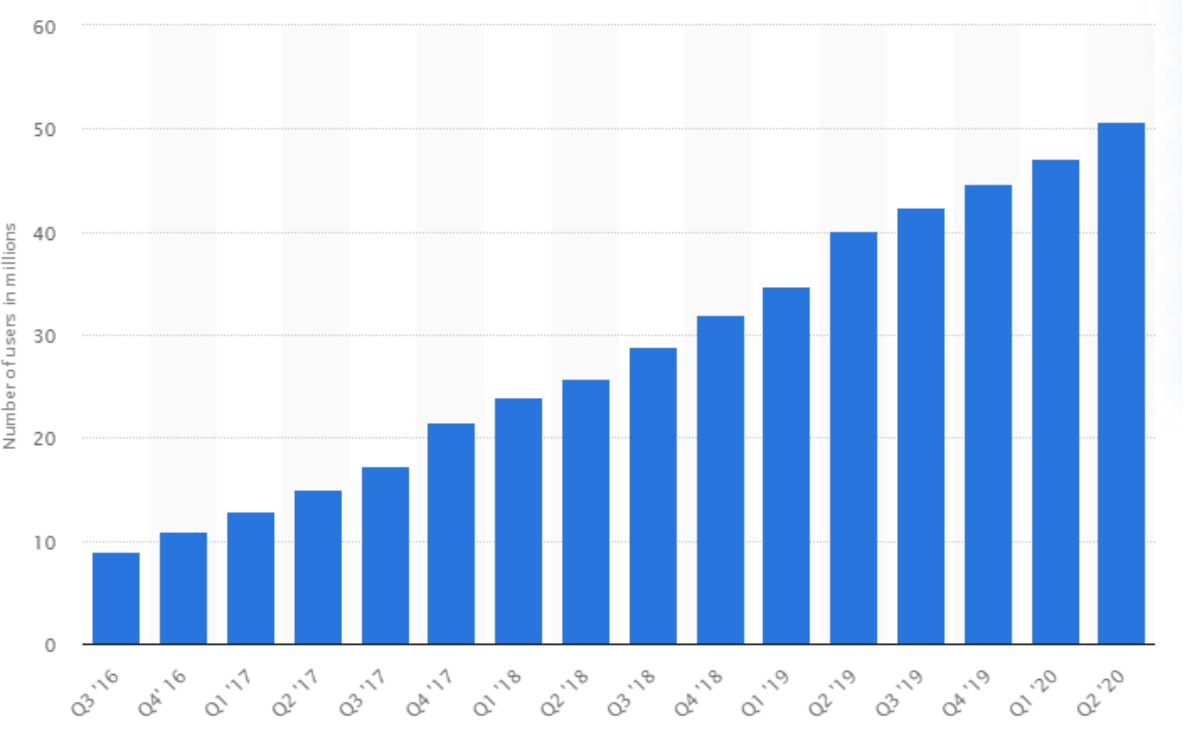 In addition, hundreds of platforms for crypto trading have been founded. Such European exchanges as Coinbase, EXMO, and Kraken have millions of active users and million-dollar monthly trading volumes.

No doubt that the interest in digital assets is growing. We are experiencing governments of major countries such as the UK and USA enforcing laws to regulate the crypto market. Many trustworthy exchanges including mentioned above Coinbase, Kraken, and EXMO are aiming to comply with the regulatory standards.

The same goes for titans of the traditional finance industry. The crypto media is bursting with news on such companies as PayPal, Visa, and Western Union actively exploring and investing in the crypto market.

To understand the reasons why more and more finance giants are actively investing in the blockchain technologies, we need first to determine the key differences between fiat and crypto. 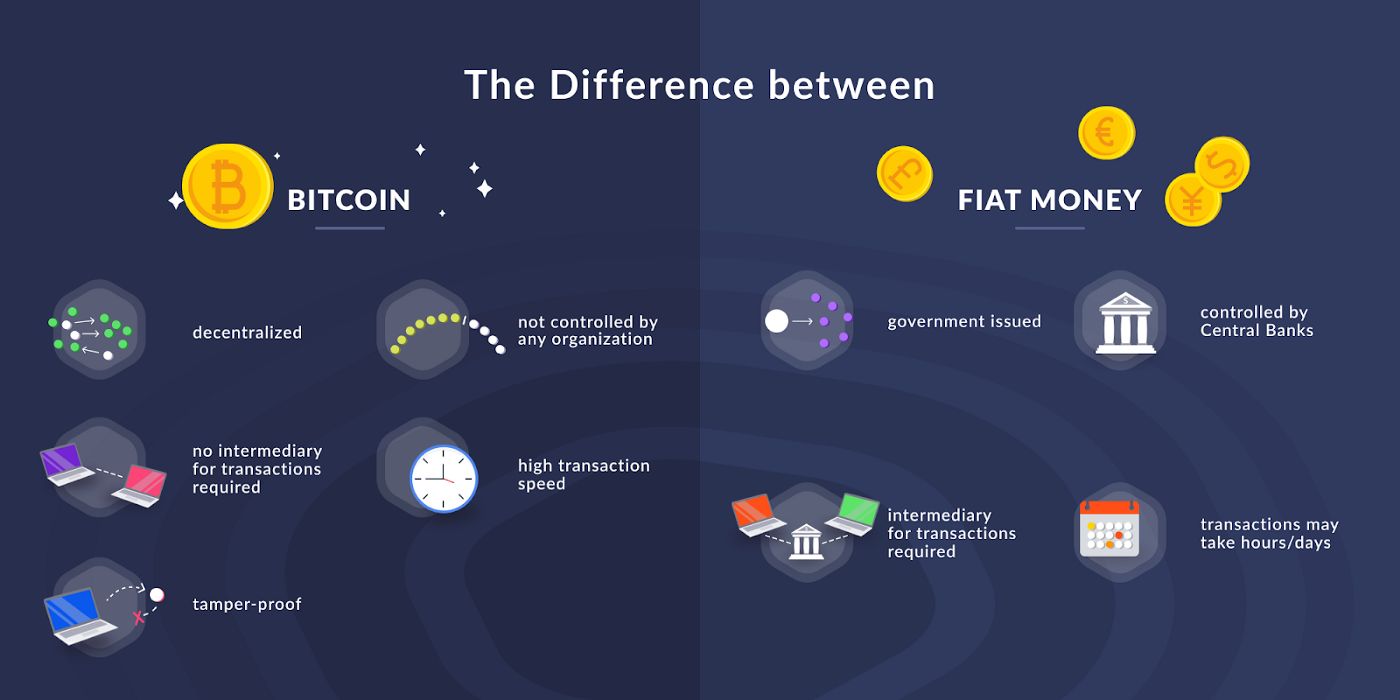 As the illustration above indicates, one of the main differences between cryptocurrency and a fiat asset is decentralization. Fiat currencies are issued by the government of a particular state and are often regulated by the central banks. The crypto assets are decentralized and cannot be controlled by any organization in the world.

Emission of Bitcoin, the leading cryptocurrency, is, on the other hand, strictly limited. Currently, 18 out of 21 million coins have been mined, and by 2036 more than 99.2% of all Bitcoins will be discovered. Consequently, the inflation rate of the cryptocurrencies is generally low. As for the fiat assets, high inflation is a regular issue.

One of the main reasons cryptocurrencies face so much criticism is volatility. Many argue that Bitcoin and other altcoins cannot be considered a stable investment because of the price fluctuations. 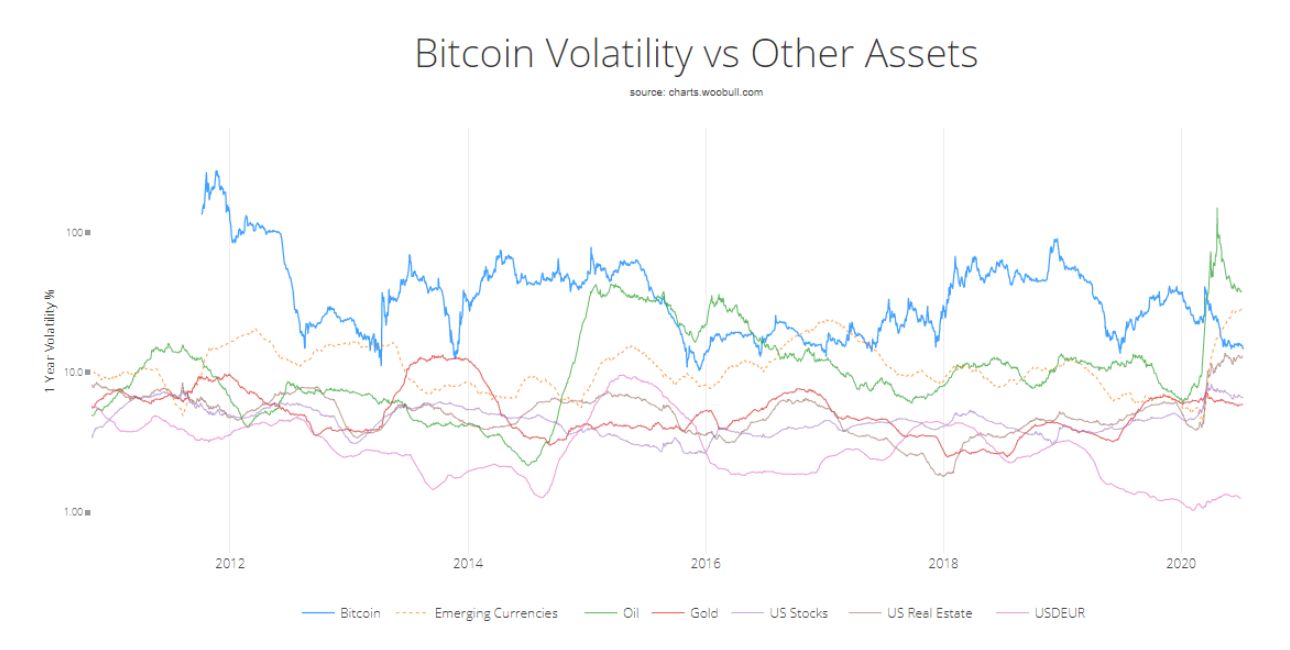 Although Bitcoin’s volatility index is higher than that of such fiat currencies like USD and EUR, the chart shows that emerging currencies and oil also have high volatility.

There is no doubt that crypto technologies changed traditional finance’s perception and is becoming an important part of the global economy. Increasing capitalization and the public’s interest in cryptocurrencies force many finance companies to invest in blockchain technologies and enter the crypto market.

Blockchain — a technology of the future

We have already shown that more and more attention is brought to the crypto industry in general. On the example of major financial companies, including Visa, PayPal, and Western Union, we will illustrate the integration of cryptocurrencies in the global financial life.

Visa was one of the first international corporations that began investing in the crypto industry. In 2018 Visa offered product developer positions for the crypto department. It became clear that big finance companies are starting to take the crypto industry more seriously.

The same year the first crypto debit cards began to appear. The two good examples are MCO Visa Card by Crypto.com and Flexible Crypterium Card. The former cannot be bought with money. To get an MCO card, the company offers to lock from 50 to 50.000 MCO tokens. This debit crypto card can be very beneficial for Crypto.com users as they can receive cashback and special bonuses. 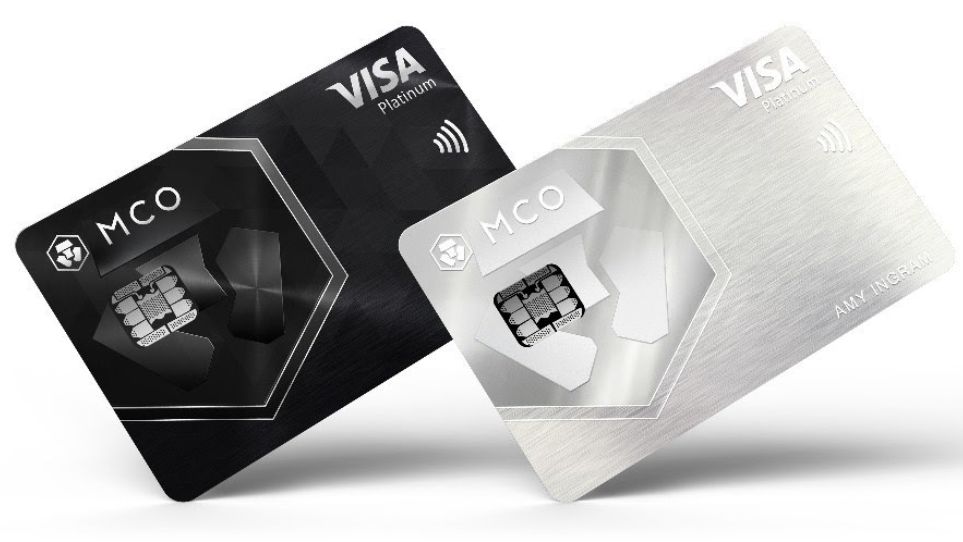 As for the Crypterium Card, it became the number one cryptocurrency card. People from all over the world (178 countries) can order Crypterium card to pay with cryptocurrencies in everyday life. It is important to note that the main currency of Crypterium and MCO Visa Cards is the US dollar. All cryptocurrencies are being converted into USD at the moment of purchase. It is a live example of how crypto assets integrate into the global financial system. 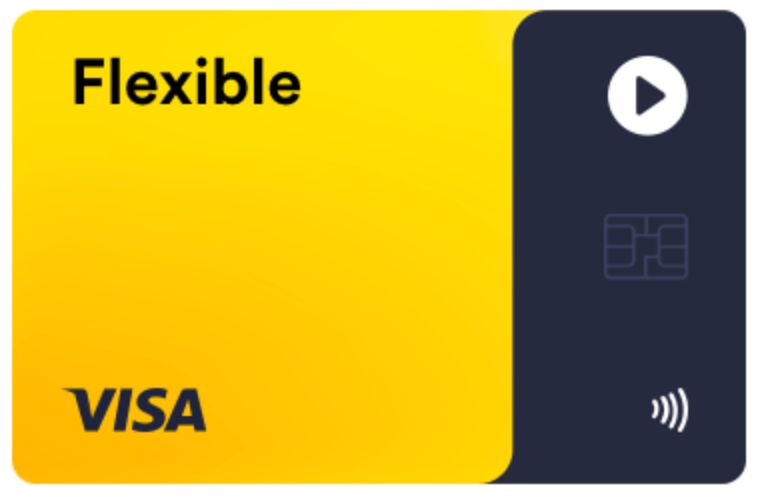 This tendency of partnering with blockchain platforms to issue crypto debit cards is continuing now. For instance, in 2020, Visa partnered with a FinCEN-registered crypto exchange CoinZoom and a decentralized finance (DeFi) platform Eidoo.

However, Visa’s involvement with the crypto market did not limit to partnerships with promising blockchain projects. In May 2020, USPTO (U.S. Patent and Trademark Office) announced that Visa corporation applied to develop a digital currency using the blockchain technologies. It will include such central banks’ assets as the US dollar, euro, pound, and yen.

The centralized computer receiving requests containing the serial number and denomination of physical currency will be used for this technology.

According to the USPTO filing, “the central entity computer causes removal of the physical currency from circulation in a fiat currency system.” The main goal of this digital asset is to replace cash transactions. We are looking forward to seeing if this patent by Visa will revolutionize the finance system.

Many may be surprised to see PayPal in our list as this payment system did not support the blockchain technologies and was quite skeptical of crypto wallet users. However, the dynamics are changing.

The company’s first involvement in the crypto industry goes back to 2014. Although there was a lot of skepticism surrounding the emerging world of blockchain, in September of that year, PayPal entered into a partnership with major crypto platforms: Coinbase, BitPay, GoCoin.

Nevertheless, starting in 2018, the corporation made several investments in the blockchain projects. For instance, PayPal became an investor for Cambridge Blockchain that aimed to give users more control over their crypto assets. The payment system also became one of the founders of the Swiss blockchain project The Libra Technologies. However, in 2019 the company officially withdrew from the association focusing on developing its own projects.

Even more attention to PayPal’s plans on crypto was brought in the summer of 2020. According to the anonymous sources of Coindesk, the payment giant is planning to list Bitcoin on its platform, meaning that more than 300 million users will be able to buy and sell Bitcoin directly via PayPal without third parties.

The crypto community has also noticed that the payment system has opened several positions for blockchain developers. According to Cointelegraph, one of the job offers for Crypto Engineer included this description:

”The person will be responsible for “new initiatives for PayPal global with a focus on agility, time-to-market, and innovation. The role includes designing, developing, and maintaining key crypto products/features targeted towards availability, performance, and scalability of PayPal services.”

As it turns out, the rumors surrounding PayPal’s plans to explore the crypto world were true. According to the letter to the European Commission in March, the company is taking “unilateral and tangible steps to further develop its capabilities in this area.”

There is not much history between Western Union and blockchain technology. However, it may change soon. In June 2020, the information on the possible takeover of MoneyGram by Western Union has been circulating in the media. It is believed that the payment giant has already made an offer.

How is it related to cryptocurrencies? First of all, MoneyGram uses blockchain for fiat transfers. In addition to this, MoneyGram is the partner of Ripple, one of the most popular crypto platforms with their own coin.

Taking this into account, this merger can be the beginning of Western Union’s relationship with the cryptocurrencies. Although neither party has confirmed the rumors, the experts argue that the takeover is likely to happen.

Mastercard also belongs to the finance companies that are quite skeptical about cryptocurrencies and their role in the financial system. For example, in one of the interviews, Mark Barnett, President of Mastercard Europe, revealed that he doubts that blockchain and cryptocurrency can change the existing payment system. On the other hand, he believes that this technology can be used in other industries:

“I think it [blockchain] can most likely be used in digital identification - for example, to identify a person or for valuable commodities trading,” stated Barnett.

He also added that it would be an overstatement to say that Mastercard is working with blockchain.

Nevertheless, it was recently announced that Bitpay would partner with Mastercard to issue a prepaid crypto card after the contract with Visa expires in December 2020.

Although cryptocurrencies emerged only ten years ago, their popularity is rising quickly. The number of crypto wallet users and the total cap of the market are growing each year. Such attention from the public forces traditional finance corporations to recognize the importance of blockchain technologies despite the skepticism.

The integration of cryptocurrencies in the largest payment systems has already began. Such companies as Visa, PayPal, and Western Union are actively exploring the crypto market and investing in blockchain development technology. Although these are just baby steps, it is an undeniable proof that the dynamic is changing. Even the traditional finance representatives are starting to acknowledge the role of cryptocurrencies in the financial system.

There is no doubt that we will see more interesting partnerships between crypto platforms and finance giants in the future.

Disclaimer: This material is not sponsored by any organization mentioned in the article.

$275M Research: How was KuCoin, One of the Largest Crypto Exchanges... 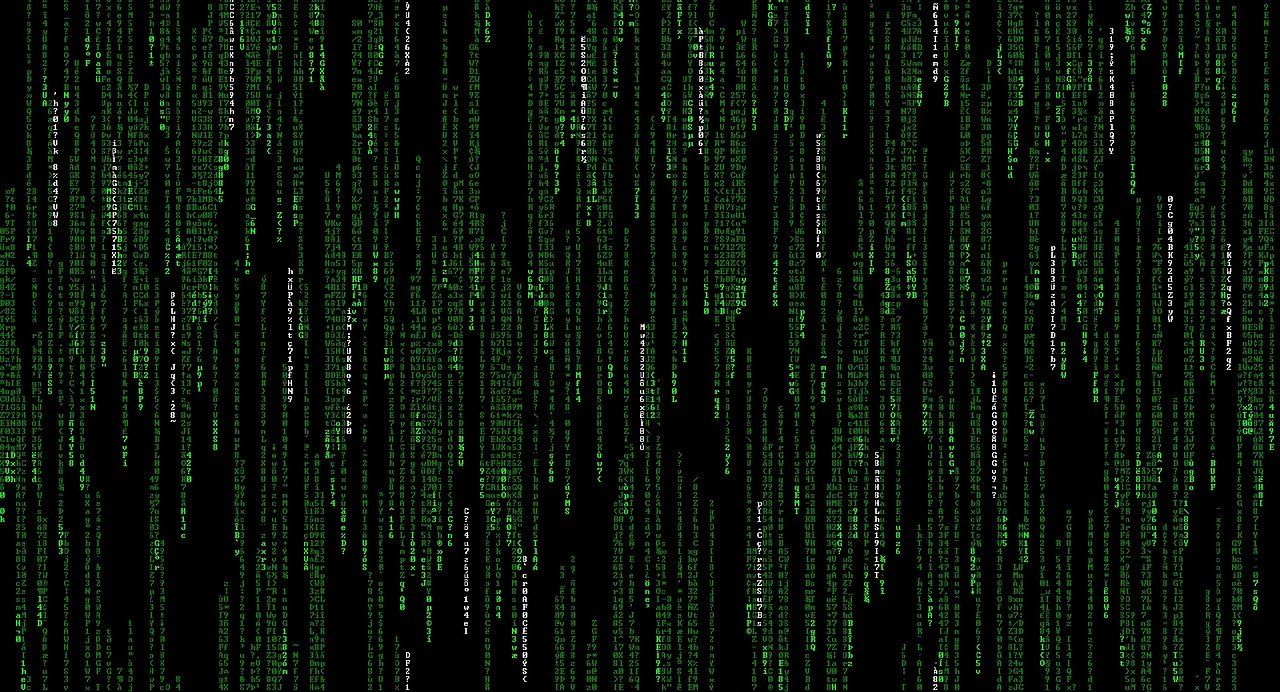