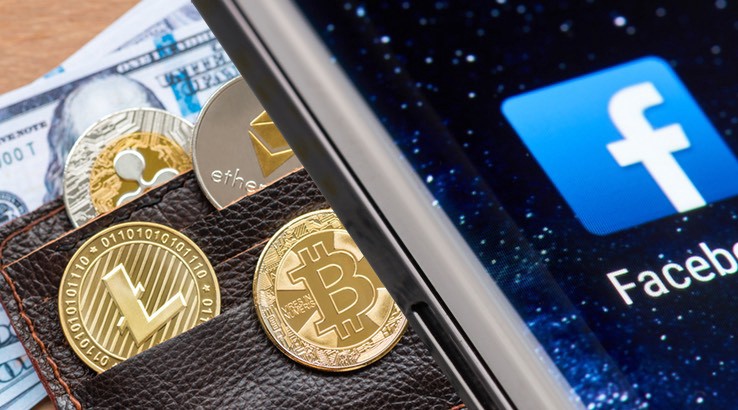 Although it has taken the Internet messaging giants a while to join the cryptocurrency scene, it was inevitable that they would become involved at some point. So, it’s no surprise to see a New York Times article by Nathaniel Popper and Mike Isaac discussing how “Facebook, Telegram and Signal, are planning to roll out new cryptocurrencies over the next year that are meant to allow users to send money to contacts on their messaging systems, like a Venmo or PayPal that can move across international borders.”

Facebook’s secretive actions have been much discussed in the last few weeks, as they have been employing blockchain engineers and crypto experts, and has been in talks with crypto exchanges, but as yet haven’t revealed their precise plans. It is believed that Facebook is working on a token for Whatsapp that would allow users to send the tokens to other users almost instantly.

Telegram, the messenger channel used by numerous crypto-related projects, is also working on a digital asset in some form. Meanwhile, Signal, which is a specialist messaging service used by technology specialists and those working on privacy issues, is also said to have a token in the works.

The advantage companies like Facebook and Telegram have over bitcoin and other cryptocurrencies is this: they already have millions and millions of users; Telegram has 300 million worldwide and Facebook has billions. In other words they have a global reach that the crypto projects as yet don’t have and as a result Facebook and Telegram can make the digital wallets used for cryptocurrencies available, in an instant, to hundreds of millions of users.

Eric Meltzer, co-founder of a cryptocurrency-focused venture capital firm, Primitive Ventures, remarked, “It’s pretty much the most fascinating thing happening in crypto right now. They each have their own advantage in this battle, and it will be insane to watch it go down.”

Regulations may be problematic

However, the likes of Facebook and Telegram may face the challenge that existing crypto platforms know all too well — the issue of regulations. Popper and Isaac state that the messaging companies are likely to face many of the same regulatory and technological hurdles that have kept bitcoin from going mainstream

Will it be a Stablecoin?

It is likely that Facebook will opt for a stablecoin solution, although it is rumoured that its token will be pegged to a basket of currencies rather than just the US dollar. This will make the token unattractive to speculators, but attractive to consumers who would be able to use the token to pay for goods knowing that it has a stable value. Furthermore, as Popper and Isaac suggest, “Facebook could guarantee the value of the coin by backing every coin with a set number of dollars, euros and other national currencies held in Facebook bank accounts.” As Meltzer say, it is going to be exciting to watch how it plays out with Facebook and Telegram.