If I had an extra dollar available to purchase cryptocurrency, I’d put it into bitcoin.

Most people know Mike Dudas as the man behind The Block, a crypto news site that focuses on analysis and research. Founded in 2018, The Block has become a popular watering hole for many crypto enthusiasts who like their original content.

Mike doesn't come without a little controversy though. He is not afraid to spar or debate anyone about his beliefs on twitter including myself on occassion :).

Watching him grow The Block over the last year, it is hard to not respect how quickly it has become a well known name in the crypto community.

I caught up with Mike a few weeks ago to pick his brain about his thoughts on Bitcoin. I think many people will be surprised that he is just as much of a Bitcoin believer as many of the hardcore Bitcoin Maximalists he gets into it with. 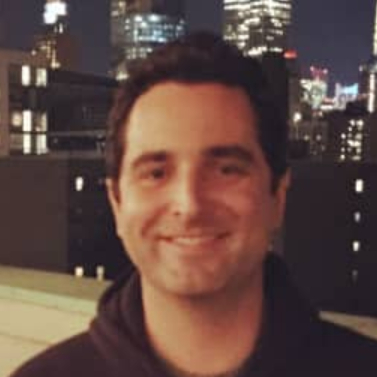 I am the founder and CEO of one of the leading digital assets publications, The Block. Our goal is to provide objective, in depth journalism, research and analysis on digital assets. We were founded in 2018 and have rapidly grown in just one year to be one of the most impactful and most cited brands in the cryptocurrency space.

People also know me by my Twitter presence @mdudas, where I share opinions & thoughts plus engage in dialogue.

I was introduced to Bitcoin in 2013, which is when I made my first purchase. The context is that I had recently read Chamath’s piece on Investing in Bitcoin. I loved his framing of it as “schmuck insurance.” At the same time, I was working at Braintree/Venmo, soon to be purchased by PayPal, and I was talking with Coinbase about whether Braintree would include bitcoin payments in our payments gateway, which was used by massive customers such as Uber and Airbnb.

Jumping into the space full time, assembling a world class research & journalism team and helping to create one of the most informative information operations in bitcoin and digital assets, generally.

Getting drawn into a lose-lose public Twitter back-and-forth with a small group of Bitcoin maximalists that tarnished everyone’s reputation, including my own. It was ill-advised and petty, particularly given that I agree with that group of people on bitcoin’s importance in monetary policy and financial access for hundreds of millions in the coming decades.

What made you want to launch The Block?

I saw so much shilling, so much bad information and so many lies during the 2017 ICO craze. It was sad and crazy to watch people I knew buy shitcoins based on hype and the promise of overnight gains.

I knew it wasn’t sustainable, and I wanted to be there to help clean up the space in what I assumed would be a massive wreck.

What is the most important lesson you have learned so far?

What do you think is Bitcoin's biggest threat?

Never crossing the chasm to mainstream adoption due to being “too hard to use” and general lack of mainstream interest. “Store of value” alone isn’t a use case that will attract 100M+ people.

They are now pointless. BCH, which included some of the early “leaders” of the bitcoin community, was the one best chance at a successful fork.

That has failed -- and there is less likelihood than ever before of a successful fork as BTC continues to grow in value and security.

Builders. The Lightning Network is an example, innovators in security like Casa and Ledger are examples, infrastructure providers like Fidelity Digital Assets are an example.

Builders are what get me excited about future adoption.

Biggest regret during the last Bear market and what did you learn?

No regrets. I certainly wish I had more cash to buy more bitcoin. But I learned that my strategy of patiently holding for the long term is the right one.

What is the biggest fail you observed during the last bear market?

ICO teams who raised tens or hundreds of millions of dollars yet kept their treasury holdings largely in ETH as the price of the cryptocurrency plummeted, severely limiting their runway.

What do you think help turn things around to the current Bull market?

I can’t point to anything specific, other than that it drew down 80%+ from its highs despite a lot of infrastructure being built. I believe in the long term value of bitcoin.

Who are the heroes of the last Bear market?

The people who held consistent positions. The people who didn’t flip flop from shitcoiners to bitcoiners as soon as it became popular and obvious to do so.

Why do you think alt-coins are still struggling?

Because they haven’t delivered much meaningful value anywhere close to the amount of money they have raised or the market caps they are being granted.

The value vs money raised relationship looks even worse when compared to traditional, highly efficient early stage tech companies that raise money based on usage and product milestones.

What do you have to say to those who claim alt-season is coming?

Name the coins you’re optimistic about. There won’t be a widespread, long-duration “alt-season”; any recovery will be confined to a handful of high quality projects, at most.

Do you hold any alts? If not, why?

No. If I had an extra dollar available to purchase cryptocurrency, I’d put it into bitcoin.

What do you think about the upcoming Bitcoin halving and what it will do to the price of Bitcoin?

History tells us the price will increase (at least based on previous halvings.) I don’t really understand why this wouldn’t already be priced in, but I’d sure love to see the price of BTC spike!

What do you think makes Bitcoin superior to anything else out there?

Do you think central banks are or will be accumulating Bitcoin?

I could see central banks that are cut off from the global financial system accumulating in the near term (eg, Iran or Venezuela), but I don’t expect that the strongest central banks (eg, US or China) will be accumulating any significant position in the 2020s.

It’s extremely early. Channel capacity and usage are low, and it is unclear whether it will ever be widely used. But I’m delighted that so many talented people are working to improve bitcoin’s usefulness as a payment network.

HODLers are the smartest Bitcoiners. I sold my 401K and incurred a penalty so that I could HODL my bitcoin.

What are your thoughts on Bitcoin Maximalism?

The term has lost any meaning (assuming it ever had one.) There are many types of extremely passionate Bitcoiners. I don’t agree with all of them on every point they make or their reasons for believing deeply in bitcoin or their expectations of future use cases and adoption -- but I do agree that bitcoin is a transcendental form of money -- censorship resistant, global, set monetary policy, highly secure.

Let’s crawl before we walk before we run. I’m skeptical of any global bitcoinization.

Where do you think Bitcoin dominance will do as the price increases?

Increase. It is clearly the most valuable cryptocurrency by a wide margin.

What will someone have to do to prove they are the real Satoshi Nakamoto?

It’s not possible, as I believe that Satoshi (or one of the people who comprises the group that is Satoshi) has passed away. And this group has no interest in “proving” they are “the real Satoshi Nakamoto.”

There are a few who get it terribly wrong, but I’d rather not call out specific people. The ways one can get it wrong are by 1) being completely unwilling to engage or respect contrary perspectives, 2) make grandiose statements that aren’t based in fact or reality, 3) oversimplify complex concepts, 4) tie things that aren’t related to bitcoin with trite phrases like “bitcoin fixes this”

Peter McCormack. He’s not afraid to admit that he’s learning along with the vast majority of us. He isn’t embarrassed about the fact that he doesn’t “know it all”; he’s humble (usually) and eager to ask questions that he knows benefit not only him but also tens of thousands of others.

Where do you envision the market heading in the next 5 years?

More mainstream usage as a financial asset, but not yet as a medium of exchange for payments. The price of BTC will increase significantly by 2025 based on more value being stored in the currency.

Don’t leave your cryptocurrency on an exchange. Period.

Grow with bitcoin. You’re riding one of the greatest waves of all time. No need to force it, just enjoy the ride!

Stay tuned for the next Bitcoin Bull Market Diaries. I have some awesome interviews in the queue and will be dropping new volumes regularly. Special thanks all of our fellow Taco Carnivore Bitcoin Plebs out there!