Data Privacy: Why The Existing Architecture is in Dire Need of Evolution

Data is to the 21st century what oil was for the 20th century. The importance of data in the 21st century is conspicuous. Data is behind the exponential growth witnessed in the digital age. Increased access to data, through the internet and other technologies, has made the world a global village.

Because of the success witnessed through leveraging data, institutions sought to collect even more data and refine them, resulting in data tailored for economic growth. This meant an increase in data collection through various means.

The result of increased data collection was big data. Big data made it possible for businesses to solve problems that were previously almost impossible to solve. The use cases were practical as companies were able to enhance product development, improve customer experience, and predict possible success and failures within the business set up.

Big data, and general data collection, also came with its cons. The major disadvantage of data collection experienced over the years is the issue of data privacy. In the recent past, the weaknesses in data handling have been magnified.

Despite the concerns on data privacy, data is still a crucial tool in modern development.

This article is the first part in a two-part data privacy series that mentions the importance of data, the challenges faced by the data industry and the possible solution for data privacy through the application of modern technology.

Data is the Lifeblood of Modern Analytics

As aforementioned, data in this century is likened to oil in the 20th century- it is gold.

For example, countries must conduct a census after every decade to plan effectively for the next. Various parameters are observed during the data collection process, which informs the government on what policies to implement and strategies to undertake.

The same can also be said for enterprises and other institutions. Data is the backbone of their activities. The type of products and services delivered solely depends on the data collected from feedback and market research.

No industry can operate without data. Healthcare, finance, manufacturing, any industry you can think of depends on information collected from the target market.

Data is essential. Therefore, its collection must continue.

However, there are concerns that the data collection and storage methods currently in use are a security risk to billions globally.

Data Protection (The Lack of It)

You cannot discuss data privacy without bringing up the infamous Cambridge Analytica scandal that was the fuel for data privacy debates worldwide. The scandal was arguably the most discussed data privacy issue to date.

The Cambridge Analytica scandal was not the first data privacy breach experienced and certainly will not be the last. Corporations like Yahoo and Microsoft, among others have experienced their fair share of data breaches.

Here are some of the risks that are associated with inadequate data protection and collection methods,

The Decline in Response Rate

The public is already aware of the dangers of data falling into the wrong hands. Without the assurance that their data will be protected, public participation in surveys and other data collection methods declines.

A decline in survey participation has already been recorded in some European countries. According to Survey Insights, the response rate in the European social survey is declining. One of the reasons cited is an awareness of data privacy and the impact of a breach in data privacy. Other factors for the decline include the changing technological environment. 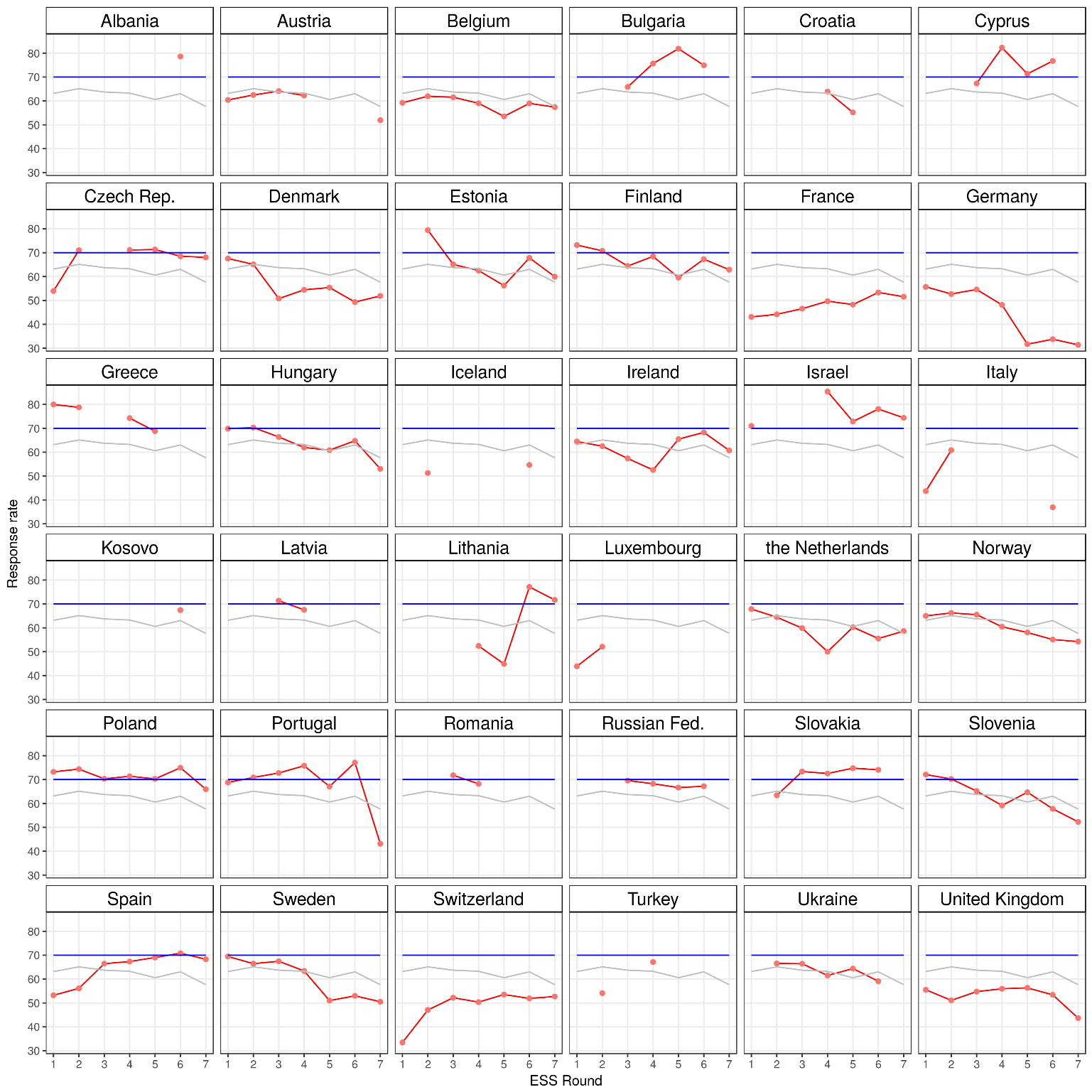 Development of the response rates over the rounds in each country participating in the European Social Survey (red line), 70% target response rate (blue line), and general trend (grey line).

The ripple effect of a declining response rate is inadequate data for proper planning by institutions and governance by sitting and future governments. Businesses will also suffer from insufficient data to streamline their products and services.

As previously established, data is essential. It is expected that Big Data will grow significantly in the coming years. 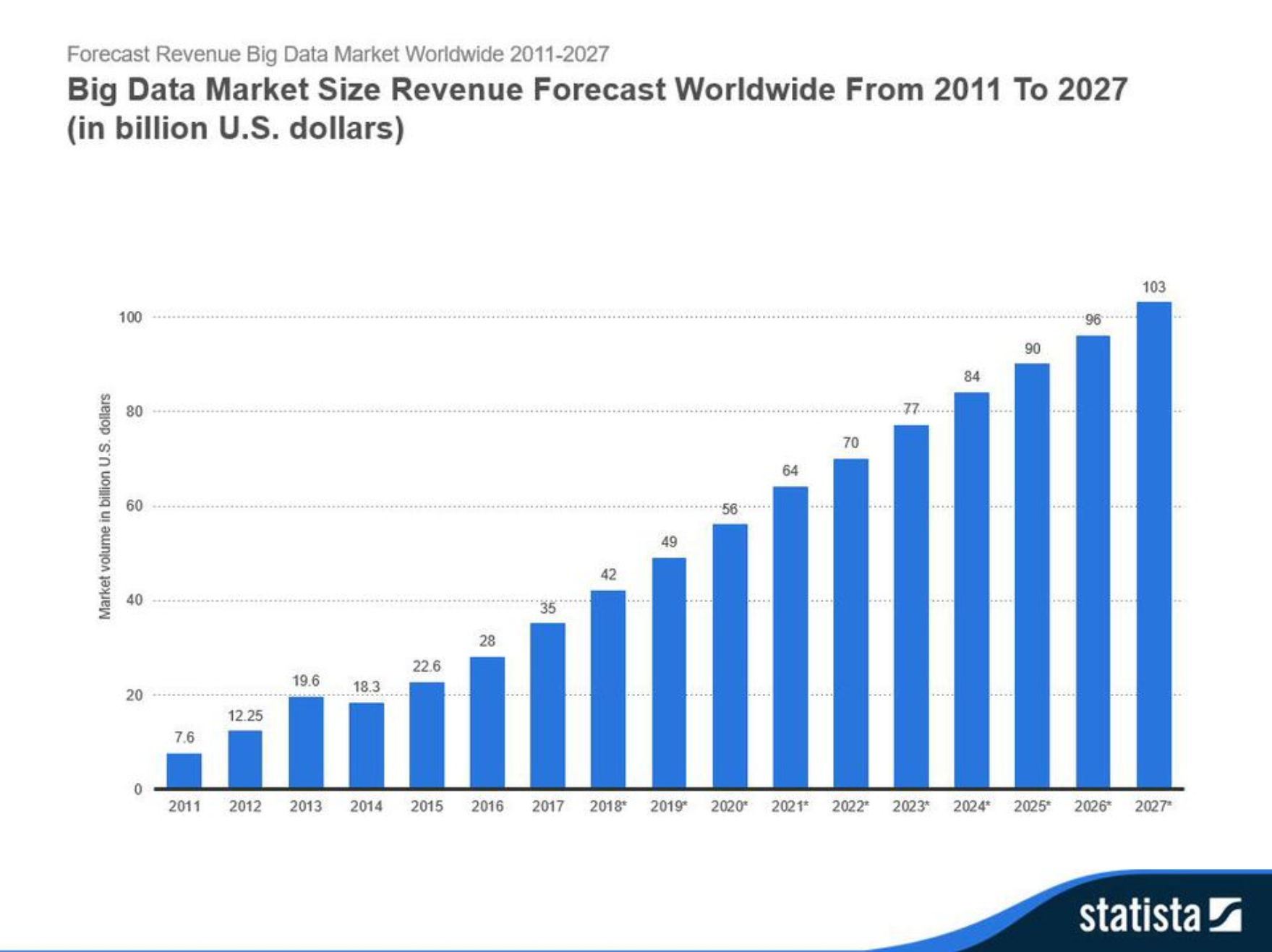 The expected growth in big data revenue solely depends on data collected. If anything were to hamper the collection process, the projections above would remain just that, mere projections.

With inadequate data in the market, various industries processes would be hampered.

The data above shows how big data has impacted various industries. The same industries that realized growth from big data will suffer in the event of a decline in responses from their target market.

What would follow is a decline in revenue, thus impacting the global economy.

Inaccuracies from one set of data can end up in various studies as researchers, decision-makers, and data scientists incorporate them into their everyday work.

In the case of questionable data privacy protection, situations of inaccurate responses may arise. It would not be surprising if most people cited poor data protection as a reason for providing incorrect or misleading information.

Considering the effect of Cambridge Analytica in the 2016 US presidential elections, no one would fault anyone who gives inaccurate information.

A combination of data inaccuracy and inadequacy would likely cause colossal damage to the entire data industry. The ripple effect would be disastrous.

In part, the technology in use by institutions can partially be blamed for the cases of compromised data.

The revelation of blockchain technology showed the errors that resulted from centralized networks. Because of their centrality, it becomes easy for hackers to gain access to more data once they breach the network.

Centralized networks have multiple points of entries which give hackers an easier time. This is probably why some corporations can be hacked repeatedly despite taking up expensive security measures.

There is also an increase in the Internet of Things (IoT), devices that can transmit data to networks from any location as long as they are connected. These open up new pathways to entire networks.

We have discussed the data privacy challenges the world is facing.

Right from collection to storage, the current data industry is set up to be compromised.

There are possible solutions that can be implemented in the private sector and in government institutions which could improve the data situation worldwide.

Developers are also coming up with technological solutions that will improve the state of data privacy.

Going from C++ to Java: The Quest to Become a Polyglot Programmer 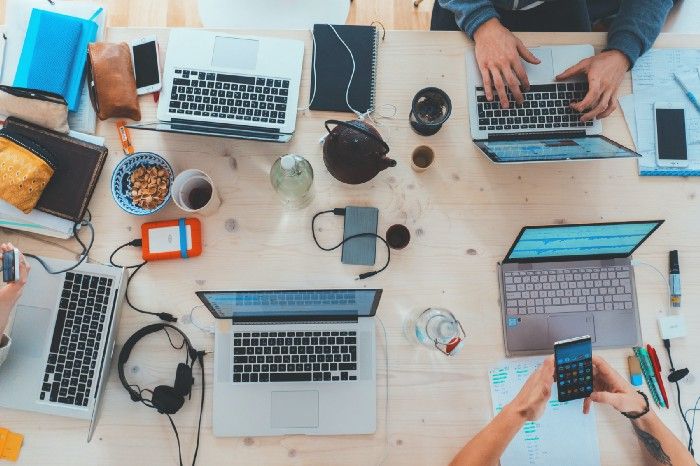