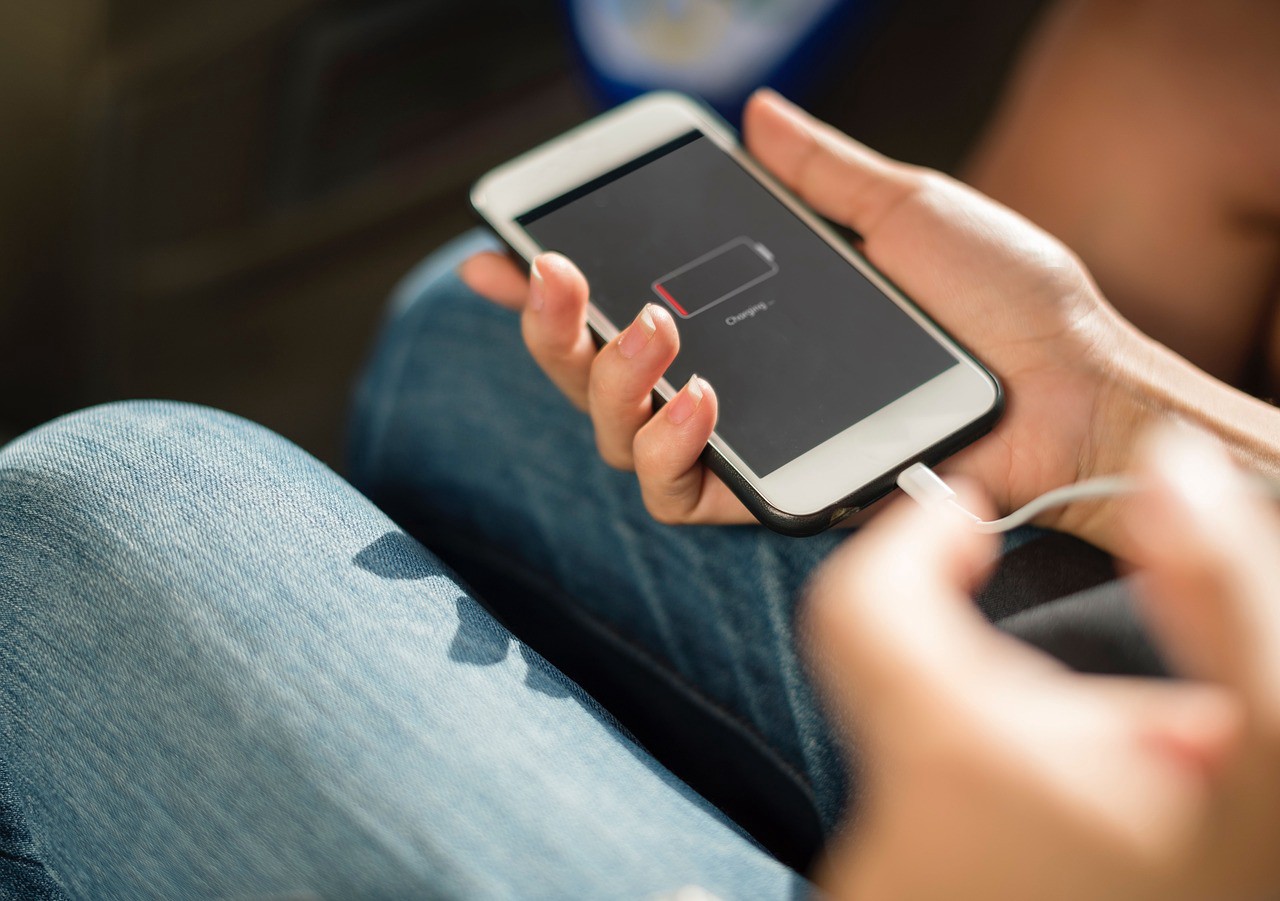 Since their first introduction in 1991 by Sony, Lithium-ion (Li-ion) batteries have become an integral part of our daily lives. Their rechargeable properties make them ideal for an array of devices, including the smartphones and laptops we use every day. Despite this, Li-ion batteries are still criticized because of the potential safety concerns that they pose.

According to Battery University, there was a huge recall of rechargeable Li-ion batteries in 1991. The inherent instabilities of lithium metal, particularly during charging, created early problems. In some cases, batteries would release hot gases, which were enough to cause burns. In order to combat the problem manufacturers developed Li-ion batteries without any metallic properties, making them far safer to use.

This has not reassured the Department of Homeland security. In 2017 the department of homeland security placed a ban on devices in airplane cabins. Instead passengers were required to stow their smartphones and laptops in their luggage. The move was designed to prevent terrorist attacks but airlines were concerned about placing large numbers of Li-ion battery devices in the hold of their planes.

Unfortunately this didn’t solve all of the problems. A number of high profile incidents have raised concerns about the safety of Li-ion batteries. In 2017 Samsung experienced significant difficulties as the batteries in the Galaxy Note 7 experienced severe overheating problems. The incident cost the company billions of dollars and stemmed from irregularly sized Li-Ion batteries that caused certain phones to overheat.

The incident was a PR disaster for Samsung who was forced to recall all Galaxy Note 7 units and eventually cancelled the entire line. The worst part of this for Samsung is that could have been avoided with more efficient safety checks.

Companies deep in the research and development of Li-ion batteries are working hard to improve on existing products by prolonging running time and reducing the probability of overheating. Part of this research involves ensuring that all batteries are safe for use, regardless of the environment. The battery sector is still very young and there is plenty of room for innovations and improvement.

Elcora is not a company that solely focuses its functions on batteries. Instead, it is a vertically integrated graphite and graphene company that is looking to improve upon the applications of its primary product. As the demand for Li-ion batteries continues to grow, many companies are trying to develop better battery models that are more effective and cost-efficient. This is where Elcora takes its cue by developing better ways to incorporate graphene into Li-ion batteries. Graphene is a great complement to Li-ion batteries as it can help boost and sustain energy stored in the products. Simply put, graphene can help create batteries that run a lot longer but are able to charge faster as well.

Additionally, Elcora makes sure to run its products through a thorough lab testing process to guarantee its quality and safety. Before it gets to the hands of consumers and other companies, Elcora products are already proven and tested. Through this, the dangers of Li-ion batteries are drastically reduced and at the same time graphene can help batteries to last longer.

As a company specializing in graphene production and its applications, Elcora strives to improve its core processes and functions through strategic deals and building of its own equipment. In a press release earlier this year, Elcora announced that it is offering advanced battery testing services with the help of a measurement technique from a paper published by Dr. Jeff Dahn, “An Apparatus for the Study of In Situ Gas Evolution in Li-Ion Pouch Cells.”

The technique will allow the measurement of change when a battery is currently charging or discharging. Through advancements like Dr. Dahn, Elcora is a step closer to greatly decreasing the dangers of Li-ion batteries.

The measurement can be used to study various factors including gas evolution during formation, gas evolution as a function of cycling rate, temperature, and additives. Studying the gas evolution process would also help a great deal in reducing the chances of Li-ion battery explosions.

According to the Canadian Centre for Occupational Health and Safety, batteries generate hydrogen gas when being charged. In certain concentrations of the gas, it could become explosive. Ventilation systems help prevent such cases but battery manufacturers still have to figure out how much hydrogen is generated by their batteries to create a sufficient ventilation system. Elcora’s new advanced battery testing service will be best used by car battery manufacturers.

Additionally, measuring gas evolution will also be vital in preventing premature cell failures as it will be able to detect excessive volume expansion that is a problem that occurs with electrolyte decomposition.

It can also be used to measure volume expansion caused by de/lithiation, meaning it can also be used as complementary data by battery manufacturers, researchers, and distributors. By understanding the volume expansion rate of such batteries, manufacturers and researchers can develop new ways to enclose lithium. Industries like automotive and smartphone can use the data acquired through the unique measurement technique to improve their batteries greatly.

In a broader perspective, the measurement could also be used to set new standards that battery manufacturers should be able to comply with. By regulating the quality of the batteries, consumers are guaranteed to get their hands on Li-ion battery-reliant products without having to worry about its dangers.

With the addition of the service, Elcora has positioned itself to be the only company to offer advanced battery testing services that measure the volume expansion mid-charging/discharging state. It will use this unique service to help out various battery manufacturers and researchers through data that could be groundbreaking for the industry. Additionally, Elcora has showcased its strong support for the Li-ion battery industry through its advanced testing services and various companies could benefit from it.

Smartphones and automotive sectors are two of the major industries that will surely benefit from better Li-ion batteries such as the ones developed using Elcora’s technology.

One company that’s already a perfect fit for the battery cell testing service is Samsung. Though the company has already improved upon its batteries for the Samsung Galaxy S8, it could use more knowledge on the item to avoid other billion-dollar problems in the future.

It’s not just Samsung who could benefit from this though as all smartphone manufacturers still use Li-ion batteries on their product lines. The advanced testing services could also be used to lessen the probability of problems like battery swelling. When batteries swell inside a smartphone, the back panel tends to bend away from the unit itself. In worse cases, the touch screen becomes detached with the unit as the swollen battery damages the inside the smartphone.

A recent example is Apple’s iPhone 8 Plus fiasco last year. When Apple launched its then most recent smartphone model, users reported that the front panel of their devices began to pull away. It was then discovered that the reason behind the case was the swelling Li-ion battery. The issue was blamed on the pressure put into the Li-ion batteries powering the devices because of iPhone 8’s compact frame. Tech experts feared for the future of smartphones as designs become more compact, Li-ion batteries will become a bigger problem.

Additionally, car manufacturers like Nissan, Kia, and Fiat, which are developing advanced Li-ion batteries for their electric vehicle offerings could also benefit from the technique. The electric vehicle market is ever growing and is projected to be worth $36 billion by 2027.

Although the electric vehicles are certainly the future of the automobile industry, its limitations are stunting the growth of the sector. Companies like Tesla and Nissan have increased the running time and charging time of their electric vehicles, but consumers are still looking for the proper improvements. The race in the EV sector is tough, but the company that is able to offer cars that run the longest and charge the quickest is going to be the clear winner. With techniques like the one Elcora has procured, the market could deliver the batteries needed for the betterment of electric vehicles.

Li-ion batteries have become the wonder of the tech industry, but as said before, it is still a relatively young product. In due time, companies like Elcora and several others will be able to allow Li-ion batteries to fully mature and reach its maximum potential.