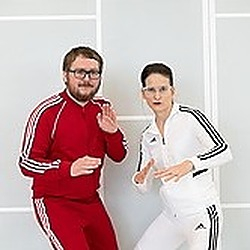 Our company (Derek, Lenny and myself) recently attended the Techstars Cloud 2015 program in San Antonio, Texas. Since getting accepted late last year, I’ve talked to a lot of people interested in Techstars and accelerators in general. I figured it would be a good idea to share our story and some of my thoughts as a CTO.

You could define Techstars as an accelerator for early stage startups. In reality, it’s a lot more than that. Techstars is a family of incredible people who understand more than the Xs and Os of starting a company. Let me elaborate…

Techstars runs 18 programs world wide, 8 of which are city programs and not focused on a specific vertical. The remaining 10 are vertical programs and accept companies focusing on cloud, robotics, health, education, wearables and more.

Having 10 companies in a common vertical is great from an investor’s point of view. If you’re managing a fund and thinking about attending a demo day then it makes more sense to go somewhere and see 10 companies in your space than a generic program that might have 1–2 companies you care about.

The investor thing is nice but the real draw for me is the value you give and get from your peers during the program. I loved interacting with all of the companies in the Cloud program. They certainly helped team Knowtify along the way and we’re very grateful for that.

Going into the application process, Knowtify was 9 months old with 3 employees and a functional beta product with a few paying customers. We were living on a small investment from friends and family. Several months earlier we applied for YC and 500 startups so we were fairly familiar with accelerator applications.

Techstars was far and away a better experience. I’m obviously biased in my assessment but the biggest difference for me was transparency. To kick things off, I had a face to face meeting with Blake Yeager, the 2015 Cloud Managing Director, before ever submitting our application. From there, he made himself available by email and Google Hangout for the next few weeks in case we had any questions. That alone made it a better experience. Flying out to San Antonio to meet the team at Geekdom and pitch our company, took it to the next level. The vibe just felt right.

Waiting for a decision was far more tolerable when we didn’t feel left in the dark. The process took about 3–4 weeks. We got a thumbs up from Blake over Google Hangout. It was fitting and just felt great getting accepted into the Techstars family.

In early January we packed our bags and moved from San Francisco to San Antonio. It’s actually a pretty nice city with a growing tech community thanks to Techstars, Geekdom and Codeup. Here are a few of the city highlights and lowlights.

Showing up in San Antonio on day 1 and meeting the teams was very exciting.

The diversity committee was pleased

I would have liked to see more…

Techstars had 6 inspired people working 24/7 to help us build our companies.

Blake and Kara ran the show. I certainly couldn’t have chosen a better team. They are organized, smart, creative, assertive and tough but fair. On top of that, they get shit done.

Chris, Josh, Tabitha and Erik were our Hackstars & Associates. They helped companies do everything from redesign and rebrand (including us) to producing content and managing social media. They put in long hours without pay and pulled off some amazing work.

As token of our thanks, we gave the Hackstars & Associates a pinata at the end of the program. I know that is some insanely skewed compensation for anyone out there counting beans. But at Techstars, we #givefirst. More on that later.

It’s really the basis for everything you do as an early stage company. A story helps the team develop a clear vision that can be articulated to investors, new employees, customers and the press.

It’s really the basis for everything you do as an early stage company. A story helps the team develop a clear vision that can be articulated to investors, new employees, customers and the press.

We’re building an engagement marketing platform to help software companies market to their existing customers. Our first offering is a full-stack email tool to let marketers design and manage all of their emails from one spot. This includes digest, transactional, behavioral and announcement emails. Once we nail that, we’ll expand into new channels such as SMS, retargeting and in-app messages.

The first month of Techstars is like speed dating for companies and mentors. You talk to as many entrepreneurs as possible from the Techstars network. The goal is to find 3–5 people you like working with to help grow the company over the next 2 months leading up to demo day.

I’m sure we easily talked to more than 50 people. Some days we’d talk to 5–7 mentors. Other days we’d only talk to 1–2. In the end we paired up with 4 pretty amazing mentors. Daniel Feld, Paul Ford, Dirk Elmendorf, Rodney Rice.

The second month of the program was about spending a few hours per week with each mentor and really cranking away on messaging and the product. This is where our vision really started to come together.

Over the first month, it probably took 15–20 minutes to explain what we do. After the 2nd month, we were able to get there in under 1–2 minutes. Being able to explain what you do fast just makes the discussion so much more productive.

How is Knowtify different from X?

Can Knowtify help me accomplish Y?

In the 3rd month, the focus is purely on getting ready for demo day. We spent part of the month getting documents ready to share with investors but I’d say most of it was in preparing our demo day pitch. Derek probably practiced pitching our company over 200 times. In the final week I’d say he averaged over 20 pitches per day.

Overall I’d say demo day went well for all of the companies in our batch. Everyone delivered a presentable pitch. A few presenters forgot a minor line or 2 but nothing close to catastrophic.

I’m probably biased but Derek and Lenny delivered an excellent pitch for Knowtify. The slides looked great and the story helped paint our vision. I’ll share a video soon if we add it to Youtube.

The investor turnout was good. I’d guess around 100 investors attended the event and who knows how many were watching from the sideline. We had some good discussions during the after party. Definitely looking forward to some of the follow up conversations.

Every week either the CEOs or the CTOs got together for dinner. This is a great concept but I didn’t personally get as much out of dinners as I could have. Here’s why:

Having said that, I would have preferred to do breakfast with CTOs rather than dinners. That way everyone is rested, it’s a more relaxing environment and people aren’t thinking about finishing a project. But I don’t think other people share my opinion here. It all really depends on your work style.

It is absolutely a challenge to keep pace with your product while investing a large portion of each day into Techstars. But it is absolutely worth it. What you lose in productivity, you gain in many other areas.

We focused on contracting instead of hiring during the program to keep things moving. This worked out well for us because we landed a top notch backend engineer and a super creative content marketer. Thanks Joshua McKinney and David Smooke!

Team Stabilitas went another route. Instead of contracting, they hired 3 junior developers straight out of a coding school called Codeup. I was skeptical of the move at the time because making a junior hire requires a lot of upfront time which you don’t really have during the program. But it worked out well for them.

Brad Feld, one of the founders of Techstars, lives by this wonderful ‘give before you get’ philosophy. The idea is not born out of pure altruism where you give but don’t get. It’s hard to pay bills without the getting side of the equation. What this means is don’t worry as much about being transactional and clearly defining what you get for what you give. Instead, just focus on giving first. If the relationship evolves then getting will follow.

This is a great technique we can all use to invest in our business and personal relationships. Not every relationship will pan out. Sometimes you’ll give without getting. That’s ok because the relationships that do work out will be stronger.

On average 2–3 times per week Blake would bring in an expert from the Techstars network to give a talk on a wide variety of business topics. Sometimes people would talk about fundraising, design, development, marketing or success/failure stories. Some talks were formal and others were very informal.

I was a fan of the talks. The quality was great and they added diversity to the program. Only a few of talks featured subpar content or were too promotional in nature.

Every Wednesday night we’d get together and share our company KPIs. Most companies would focus on 2–3 numbers that represent the value customers are getting from their products.

This was easily one of my biggest personal take aways from the program. Before, I always thought KPIs were just bullshit vanity metrics companies use to show everyone how great they are. It’s clear that a lot of people use KPIs in this way. But if you focus on the right numbers for the right reasons then KPIs can be a great source of inspiration for the team.

Don’t show a number that’s too abstracted away from everyone’s day to day lives. Sure MRR is important but if you’re a developer and you see that number, how does it influence your actions? Instead, focus on a more approachable number you think will impact MRR.

Maybe that number is weekly active users. Now it becomes actionable. Team members can take actions with the intention of bringing users back into the app. (email, social…)

If you start driving up a KPI but it’s not impacting MRR the way you expect, then you’ve probably made a bad assumption or you’re measuring it wrong. Just reevaluate. KPIs aren’t set in stone.

Werewolf is the official game of Techstars companies everywhere. At least once per week we’d all get together to drink beer and play this dramatic game of trust and deceit. Feelings were hurt, chairs thrown, alliances forged and broken…we had some serious fun.

Pro tip #1: If you’re a werewolf, don’t be a “me too voter”. Playing coy can work but it’s a strategy too commonly used by the werewolves.

Pro tip #2: Talk to your neighbors. If you don’t collaborate, you won’t last long as a villager or a werewolf.

Pro tip #3: If you’re playing with a significant other, it might be a good idea not playing as neighbors. I’m sorry Evy of team village.

Techstars was a wonderful experience for me personally and for our company. It wasn’t all chocolate cake and fairy dust but I’d rate it a solid 9.1 out of 10. That is a very high number for me. Once a holiday was declared because I gave something an 8.4. Not because I’m famous or anything…I’m just usually more critical than this post might imply ;)