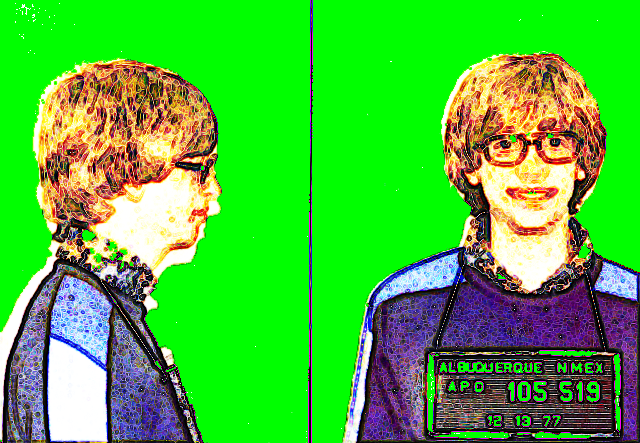 Heyo Got Your Tech Stories Here,

The people who make have a chance to determine what’s next in tech. As Bill Gates said, “The advance of technology is based on making it fit in so that you don’t really even notice it, so it’s part of everyday life.” To make technology for the future, you have to consider people of the future.

[Stay up to date on the BLOCKCHAIN REVOLUTION]

But revolution’s are not all good. The implications of powerful change are far reaching. Bill Gates sees the other side of the cryptocoin as “a rare technology that has caused deaths in a fairly direct way.”

Technology itself isn’t good, bad, or opinionated. Technology just functions, and it is undoubtedly powerful. This is Hacker Noon’s week in tech.

The Top Twenty Tech Stories of The Week:

5-Hour Rule: Why you Should Spend Time Learning by Michiel Mulders. Why should we spend time on learning? The answer is simple: Learning is the single best investment of our time that we can make. Or as Benjamin Franklin said, “An investment in knowledge pays the best interest.”

O API — an alternative to REST APIs by David Gilbertson. You might be thinking, um, hey stupid, that’s the same amount of code. Well, yes, you are right. But the aim of the game isn’t fewest lines. The aim of the game is code that’s easy to read, easy to write, and hard to get wrong. So the real benefit — as I see it — is that this removes code that implies what needs to be done and the matching code that infers what needs to be done, with code that says explicitly what should be done.

I created an AI that beats me at tic-tac-toe by Aaron Wong. When I was in first grade, I thought of myself as the best tic-tac-toe player in the world. I beat my friend who had taught me how to play just moments before. Unfortunately for me, that feeling of genius didn’t last very long.

The Inner Game of Crypto by Alex Hardy. Getting sucked into the Crypto Black Hole is a foundational experience. In fact, the CryptoWorld coined a term for it: Falling Down The Rabbit Hole™. Once you start the journey, take the red pill, and pass through the looking glass, it’s impossible to see things as you did before.

The Power of the Stop Loss and the Strategies Behind It by Kenny Li. Using a good stop loss strategy can make you look as cool as the guy sipping his scotch in that GIF (how do I know it’s scotch? All cool guys who know how to set stop losses drink scotch). Yes, there is strategy behind the stop loss. Sure, noobs will just bang the keyboard and hope their money is still there tomorrow, but no, not you — you’re ready to make some smooth love to the charts. So here’s some sexy stop-loss techniques that can definitely make you the talk of the table.

Don’t Fear The Rebase by Jared Ready. Git’s rebase command is a common source of fear and confusion for Git users, especially users who may have come from a Subversion background. That’s normal. Rebase is a weird, magical looking beast that just comes in and starts changing history willy-nilly.

Finally Functional Programming in Java by Nicolas A Perez. Let’s suppose we have a collections of objects, that is a collection of dogs and we have a function that acts on each dog. We want to be able to invoke this function on each object (dog). Let’s see how we could create such a function.

How to Get Paid for Open Source by David Sneider. It’s possible for the same piece of software be obtained under two different software licenses. This is called dual-licensing….This means that you, the copyright holder of the code, can release software to the public under a free software license, then let customers pay for permission to use the same code under different terms, for instance allowing its inclusion in proprietary applications.

Please stop using console.log(), it’s broken… by Luc Claustres. Adding console.log() to our code is probably one of the most common practice among developers. However, I have spent a lot of time in my life to persuade beginners (and sometimes proficient coders) to stop using it for debugging JavaScript, here is why.

What I learnt from building 3 high traffic web applications on an embedded key value store. by Anthony Alaribe. Embedded key value stores give you all the advantages of a nosql database, but where it is lacking is in search, since you’re only able to query for items by their keys and key’s prefix. But when paired with an indexing engine like blevesearch in golang, or elasicsearch and lucene, the pair gives you a very capable database with features like full text search, location based search, etc in a very resource efficient package and scales well.

Why Flutter Uses Dart by Wm Leler. Many linguists believe that the natural language a person speaks affects how they think. Does the same concept apply to computer languages? Programmers working in different kinds of programming languages often come up with radically different solutions to problems.

How to Write Better Cold Emails to VCs by Founder Collective. When I used to write for Wired, a cold email was the lowest probability way to get press, but it still worked with some regularity. Cold emailing a VC is a similarly low-percentage play, and many of the best VCs in the world advise against the practice. Still, it does work from time to time.

Is the Petro a Threat to Our Democracy? by Howard Marks. It is now official: the first truly regulated and sovereign cryptocurrency has been launched with an Initial Coin Offering (ICO) that has raised close to $800M in the first pre-sale and expects to raise a total of $5B. Not bad for a single ICO, given that last year the total amount raised through ICOs was $4B.

A Wake Up Call For Tech Managers by Marcus Blankenship. You must accept responsibility for unmotivated programmers who “only want to code” or who appear to be concerned only with flashy, new tech. As the leader, you are responsible for creating an environment where everyone can contribute to solving the problems at hand. Instead it appears many programmers are treated like idiot savants; brilliant children capable only of coding. Stop it. Seriously.

Mis-leadership and Metrics by Arnold Kling. The illusion of control. Executives in business, non-profits, and government sometimes have too much faith in their ability to direct processes that operate deep inside the organization or the larger society. The statisticians and efficiency experts fail to appreciate the autonomy of human beings.

How we got featured on the front page of Hacker News… by accident by Tung Thanh. We know speed is the killer point that keeps your post stick on the front page longer. We tried to reply to everybody there as fast as possible, to make them happy, and to generate more interaction. There were mostly compliments and personal experience sharing. There were also critics, but the harsh ones appeared saturated quickly. Perhaps people also didn’t like it and downvoted it a lot. No worries :D

How we launched our first MVP in one month by Kevin Sahin. We often read that ideas don’t matter, only execution does. In fact, we think ideas do matter a lot, for your own motivation. We switched our mindset from “There is this opportunity in that niche” to “I would love a product that does this”. With Shoptolist, the problem we want to solve is first for ourselves.We were really motivated because for the first time we were about to launch a product we would actually use everyday.

Open Letters to the Titans of Tech

Dear Mark Zuckerberg, Here’s $20 That I Stole From You by Louis Barclay. That’s when I stumbled across Facebook’s Achilles’ heel — the feature that lets you ‘unfollow’ people and pages so they don’t appear in your News Feed. I wondered: what would happen if you took this feature to its limit? So I unfollowed literally everyone and everything, and a beautiful thing happened: I ended up with a completely blank News Feed.

Take Time For Your Creativity

How to Learn Piano With Technology by The Next Web. You might be wondering by now what an article about learning to play piano is doing on a tech blog. The answer is simple: I might not still be trying if it weren’t for technology.

If you’re making what’s next in tech, consider contributing to Hacker Noon.

Once Upon a Time in Software Development