David Bennett has been a vocal proponent of Bitcoin since 2015 and hosts the "Bitcoin And..." podcast where he features a variety of guests that discuss various Bitcoin topics.

I met David on Bitcoin twitter where many people also know him as Nunya Bidness. David's experience and perspective makes him the perfect candidate for Bitcoin Bull Market Diaries Volume 2. 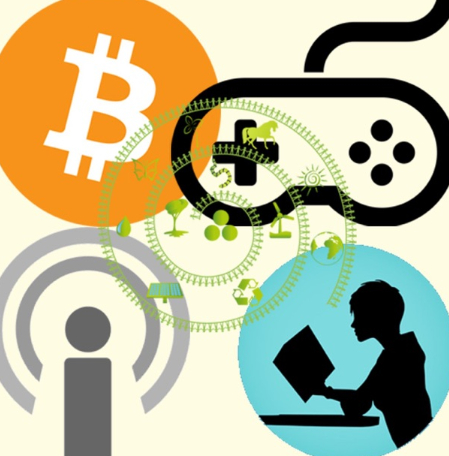 The entirety of the ‘Scaling Wars’ culminating in the BCH fork

What do you think is Bitcoin's biggest threat?

All of them are/were an attack on Bitcoin and an attack on the reputations of the very people who put them out there. That loss of reputation, I think, is only now just beginning to be felt by the various individuals who perpetrated the forks. Reputations in this space are extremely flammable and burn to the ground in an instant.

Everything! but I am most optimistic about the industry’s rapid growth as a whole.

Biggest regret during the last Bear market and what did you learn?

Selling some bitcoin as the bear coincided with a life-changing event (moved to a new city) but then realizing I didn’t really need too because an oil and gas deal my family made 2 years prior paid off.

Take away: Never sell your bitcoin, only accumulate it at least until it realizes near maximum potential and then try and only ‘sell’ it for direct goods and services instead of for fiat.

What is the biggest fail you observed during the last bear market?

Kevin Pham selling out to BSV. A lot of names in the space burned their reputations as well but his reversal was one of the most cringe worthy events I have ever seen.

What do you think help turn things around to the current Bull market?

Continued ‘institutional adoption’ headlines is my best guess but I think that’s not all of what’s happening. Honestly, I don’t think anyone really knows.

What do you have to say to the people who claim Bitcoin will go to $0?

In 10 years of consistently not being dead bitcoin has never gone to $0. It started out there but it's never been back there . . . not once. 10 years.

Who are the heroes of the last Bear market?

Why do you think alt-coins are still struggling?

They are unnecessary and more and more people are realizing this fact.

What do you have to say to those who claim alt-season is coming?

“Meh”? Seriously, I am becoming more uninterested in responding to altcoiners as the days go on. That isn’t to say I don’t like some of them. I follow many altcoiners because they are so damn funny and they seem to have a healthy respect for their position by not really ‘shilling’ their bags outside of their own group. The Degen group is one of those I’m describing.

Do you hold any alts? If not, why?

I have a big bag of Doge, a few LTC and a very scant amount of ETC

What do you think about the upcoming Bitcoin halving and what it will do to the price of Bitcoin?

“It’s not priced in, breh!”  I have only been through one halvening and I don’t remember it doing all that much. Looking at the charts both halvenings occured in bear markets and did not immediately affect the price. Still, I expect ‘number go up’ just not right away. Hope I’m wrong and it punches through the Oort Cloud.

What do you think makes Bitcoin superior to anything else out there?

It’s solid, slow, stupid and simple. Because of that foundational architecture so much can be built upon it without having the base layer perturbed by what’s riding on top of it.

Do you think central banks are or will be accumulating Bitcoin?

I do and I think they will accelerate buying in time but I have zero evidence for that. It’s just a gut feeling.

I was excited about LN out of the gate! As the first, solid layer to be built upon the base layer it clearly has some issues but expecting anything in this space, tech wise, to work flawlessly from the outset is horrendously short sighted. As LN becomes refined and needed features added (i.e. Watchtowers) we’ll see it come into its own and I think pretty quickly at that.

It’s the only way to go at the moment. That initial scarcity is important to demonstrate to the world so that trust is continually gained. That trust by people living in places where their fiat drops 20% overnight because of an election or the incredible financial mismanagement of Zimbabwe will become a mover of the price as they exit really terrible fiat systems.

What are your thoughts on Bitcoin Maximalism?

All in all I think Maximalism is good. They are not trying to rob you, they are trying to help you. The amount of scams in this space is parallel to the Gold Rush in the 1800’s in America and noobs need to have someone at least try to point them in the right direction.

Full bitcoinization probably won’t happen in my lifetime but that doesn’t perturb me. Fiat is probably not going to go away but I’m not sure it matters because there are more people living in the world languishing under draconian and mismanaged economies than there are bitcoin. A couple of orders of magnitude more. I think any resemblance to bitcoinization will be driven, by the most part, by these people.

Where do you think Bitcoin dominance will do as the price increases?

It will only increase as the shitcoinery evaporates into the ether.

What will someone have to do to prove they are the real Satoshi Nakamoto?

That person would have to, on camera simultaneously with screen capture, sign into every single social media account ever associated with Satoshi and then on those accounts show the movement of a coin (or sign a message) in real time with multiple witnesses at the scene none of which could be directly associated with said person. I mean EVERY SINGLE ONE of the original accounts, not 2 of 5 or 3 of 6 but every single one that he ever posted to, emailed from etc.

Roger Ver. He let his passion for Bitcoin get in his way and he tripped over that passion. Forking Bitcoin dilutes Bitcoin’s value in my eyes and it’s unnecessary. Every scaling/efficiency argument he made was proven incorrect; scarcity isn’t just about ‘money’ it’s about the block size as well. If we make that block space huge we make it less ‘valuable’ as well. Also massive blocks aren’t as nimble as smaller ones and are more easily blocked by government fire walls etc.

Big fan of Marty Bent. He gets it right because he won’t allow any form of shitcoinery to influence him. That form of ethic is required so the new people don’t get rekt.

Where do you envision the market heading in the next 5 years?

More innovation, more efficiency and what I’m most excited about are all the things that fall out that I can’t even imagine. 4 years ago I didn’t even know about GoTenna and now it’s possible to relay a transaction from a GoTenna via the Mesh Network. I expect we’ll be able to fire a Lightning transaction off from a GoTenna to a HAMM radio receiver that relays it to the Blockstream satellite where it ends up on a satphone in the middle of the Pacific.

Well you could go with the Glacier Protocol but short of that get a Cold Card and a few Open Dime sticks. Make damn sure you have your seed phrase stored and NOT on an internet connected computer. Hell I’d bury my written seed phrase somewhere on my property in a sealed fire/water proof box. If you store that seed in a safety deposit box you are going to get screwed. You have to store it somewhere that cannot be closed down, shut in or otherwise compromised and make copies.

What is it you love about tacos and Bitcoin?

Both can be used as a medium of exchange and sometimes they are both on sale. Tacos are delicious . . . Bitcoin not so much. Honestly I'm waiting for the Lightning Pizza guys to add tacos to their offerings. Then I can use the non-tasty Bitcoin to buy me that deliciousness I so often crave. Viva la Taco Plebs forever!

Do not give in to shitcoinery! Ever! Just buy more bitcoin and wait it out.

Stay tuned for the next Bitcoin Bull Market Diaries. I have some awesome interviews in the queue and will be dropping new volumes regularly. Special thanks to David Bennett and all of our fellow Taco Carnivore Bitcoin Plebs out there!