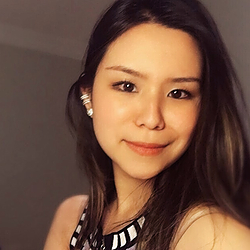 Engineering at Brex, Apple, Microsoft. I write about fintech, crypto and China

In late November, Chinese internet giant Alibaba issued shares on the Hong Kong Stock Exchange. This would have been the largest IPO of the year until Saudi Aramco announced its IPO in early December.

Before going into the details of the public offering, it's worth setting the stage with a recap of Singles Day (11/11), an annual online shopping event invented in 2009 by Alibaba.

Singles Day is often compared with Black Friday. This year, it broke a new record with sales of more than 286.4 billion Chinese Yuan ($38.4 billion), up 25% compared to last year. The event takes place on Taobao and Tmall, Alibaba’s consumer shopping platforms. 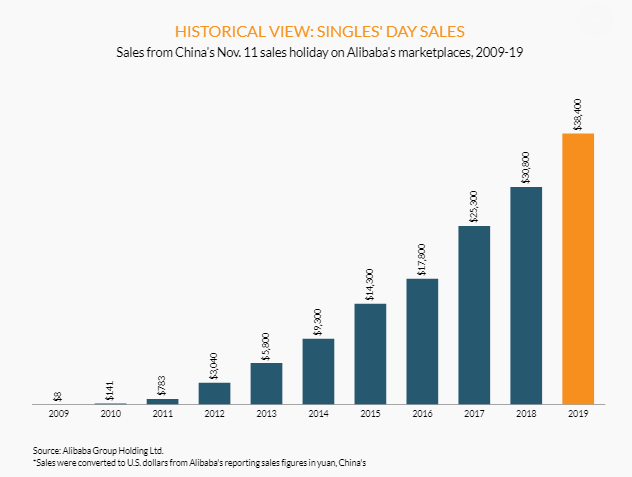 For some perspective, this year’s Black Friday garnered $7.4B in revenue, equivalent to less than 20% of Singles Day. Within the first five minutes of Singles Day, the global revenue on Tmall had already exceeded 30 billion yuan. Therefore, Singles Day in China would have achieved the entire volume of Black Friday in less than 10 minutes.

Singles' Day was invented by Alibaba in 2009 to encourage consumers who are not in a relationship to treat themselves to a “singles” shopping spree on 11/11. It has since grown to become the world’s largest online shopping event.

Back to the IPO

On November 26, Alibaba Group was listed on the Hong Kong Stock Exchange with the ticker code 9988. It is the first Chinese Internet company listed on both the New York and Hong Kong Stock Exchanges. With this IPO, Alibaba continues to expand its foreign investor base by amassing capital abroad. According to Pandaily, being listed on two stock exchanges on opposite parts of the world enables trading around the clock.

Alibaba claims that the motivation behind its Hong Kong IPO is threefold: to continue expanding on its user acquisition, increase operational efficiency and propel innovation.

This IPO has symbolic implications, one being that the New York Stock Exchange isn’t enough for Alibaba’s ambitions. This is also not the first time Alibaba attempted an IPO on HKEX.

It's time for a brief history of Alibaba’s fundraising efforts: In 1999, the Alibaba founding team was looking for venture capital. They met with Goldman Sachs, Fidelity Capital, the Singapore Government’s Technology Development fund, and others to pool $5 million. This fundraising “roadshow” also attracted the attention of Softbank.

offered to invest $40 million, which excited Jack Ma. But fellow founding member Cai Chongxin wasn’t as keen about it -- the funding round would eat up 49% of Alibaba’s shares. Eventually, the deal became $20 million for 20% of the shares, which freed Alibaba from excessive intervention from Softbank in its decision-making.

When Alibaba went public in the United States, Softbank experienced a 3000x return. This pushed Masayoshi Son to become the wealthiest man in Japan. For the past 20 years, Softbank has struggled to find another legendary return like this one.

When the internet bubble burst in 2000, Alibaba was alive for a year and urgently needed $2 million to survive. Cai Chongxin learned that Goldman Sachs was interested in investing in China’s internet sector. Goldman ended up investing $3.3 million in Alibaba to attain 26.4% of its shares. Four years later, Goldman sold its shares at $22 million to GGV Capital.

Which VCs missed the opportunity to invest in Alibaba? IDG’s Xiong Xiaoge laments: “IDG Capital has invested in many Chinese internet companies, but unfortunately missed Alibaba. When they received $5 million from Goldman in 1999, the deal was closed in Silicon Valley so I thought it didn’t have much to do with us.”

Xiaomi’s Lei Jun was angel investing when he met Jack Ma in the 90s. His impression was that Jack Ma was too much of a “salesman” and seemed like a charlatan.

The historical bell-ringing this late November was not 20-year old Alibaba’s first attempt at a Hong Kong IPO.

The first attempt was by Alibaba’s B2B business arm in 2007. It became the world’s largest online stock IPO after Google’s listing. But soon, Alibaba’s 2C e-commerce business skyrocketed while the subprime mortgage crisis broke out in the US. These factors outside of Alibaba’s B2B arm caused its share price growth to stall, resulting in Alibaba’s delisting and exiting the exchange.

The Hong Kong Stock Exchange went through shifts of its own. It had a requirement of “same equity, same rights”: The shareholder’s rights should be proportional to the amount of shares owned. In 2013 Alibaba had already completed several funding rounds, with the biggest shareholders being Softbank and Yahoo.

At the time, they each held 36.7% and 24% of shares respectively while Jack Ma and team owned 10%. Once listed in Hong Kong, the management team would lose its power due to its relatively lower share ownership. As a result. Alibaba formulated a partnership plan in which the founders nominated candidates for the board of directors instead of allocating directors’ nomination rights according to the shareholding ratio.

This resulted in “skewed power” which was not proportional to share ownership “same equity, not the same rights”.

On September 26 2013, Executive Vice Chairman Cai Chongxin issued a statement claiming “we did not expect Hong Kong regulators to make changes for Alibaba”. In reaction to this, the HKEX also had its regrets.

Alibaba’s second IPO was the entire corporation going public in the United States in 2014.

Since then, there has been controversy over their “same shares, same rights” rule by the HKEX while the Hong Kong capital markets went through their own set of turbulent changes. In late 2017, the Exchange announced that it would accept listing of companies with different rights-to-equity distributions, which was the largest reform of the listing rules in more than 20 years. In 2018, it officially published the program details and soon ushered in the IPOs of Xiaomi and Meituan. HKEX chief Charlies Li made a bold statement, “I believe that Hong Kong has the conditions to overtake the United States in attracting public offerings of up-and-coming Chinese companies.”

The new rules at the Hong Kong Stock Exchange now allow for companies with different equity-rights distributions as well as those that have yet to reach profitability (i.e. biotech) to go public. Alibaba sets the example for current Chinese unicorns like Ant Financial, Bytedance and Didi as they consider public offerings. Even the juggernauts that have already gone public in the US such as Baidu, Pinduoduo, Jingdong might soon plan a return home.

A Brief History of Jack Ma's Ant Financial - the $150B Unicorn