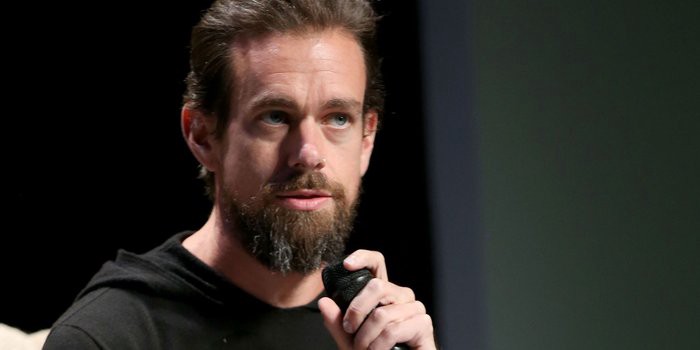 Jack Dorsey, the billionaire co-founder of Twitter and Square, is at least consistent in his support for Bitcoin. He has remained unwavering in his belief, surely earning him the title of ‘Bitcoin evangelist’.

It is hard to dismiss Dorsey’s view given that he is a successful entrepreneur, and his support for the leading cryptocurrency is music to the ears of those who share his views, but don’t have the public profile to share them with such a vast audience.

Recently Dorsey participated in a podcast, imaginatively called, “Tales from the Crypt” (perhaps they are also Edgar Allan Poe fans as it sounds like the title of one of his stories), where he talked about buying Bitcoin. He revealed that he “maximises the $10,000 Bitcoin purschase limit on Square Cash to acquire the leading cryptocurrency.” Square, in case you are unaware of it, is a payments platform with a Cash App that enables people to send money to others almost instantly. It has a merchant payment system as well and as it says on its website is, “We’re empowering the electrician to send invoices, setting up the food truck with a delivery option, helping the clothing boutique pay its employees, and giving the coffee chain capital for a second, third, and fourth location.”

What will fuel Bitcoin growth?

Since 1st March, Bitcoin has been showing growth, and another supporter of the cryptocurrency, Brian Kelly, CEO of BKCM, said he believed, “the so-called crypto winter is approaching its last phase and is slowing thawing.” Since he said this, within a week, the Bitcoin price rebounded to over $3,900 as the cryptocurrency market added $6 billion to its valuation.

Kelly explained to CNBC what was happening in terms of Bitcoin improving its fundamentals. “If you look at the number of addresses that have been created on the Bitcoin network, that’s up about 20 percent from the January lows, it’s apt highs at the levels we saw in the spring of 2018 when Bitcoin was well above $6,000. So Fundamentally, you’re starting to see improvement.

Some high profile investors and endowments have been dipping their toe into the space, add in that you’re talking about Fidelity coming out with custody this week and Jack you know, he understands the payment network.”

Kelly’s reference to Jack Dorsey brings me back to Jack’s views about what has happened. In one interview he listed the reasons for growth as “improved scalability through a second-layer scaling solution, the involvement of institutions such as Fidelity and ICE, and the overall increase in interest towards the asset class.”

Those are the three reasons Dorsey sees a strong future for Bitcoin. And there is one other: Dorsey is also an investor in Lightning Labs and therefore has an interest in seeing the Lightning Network succeed. He has reaffirmed that Square, the $31 billion payments giant, will adopt the Lightning Network in the near-term and when it does, Dorsey could single-handedly push the adoption of the second-layer scaling solution.